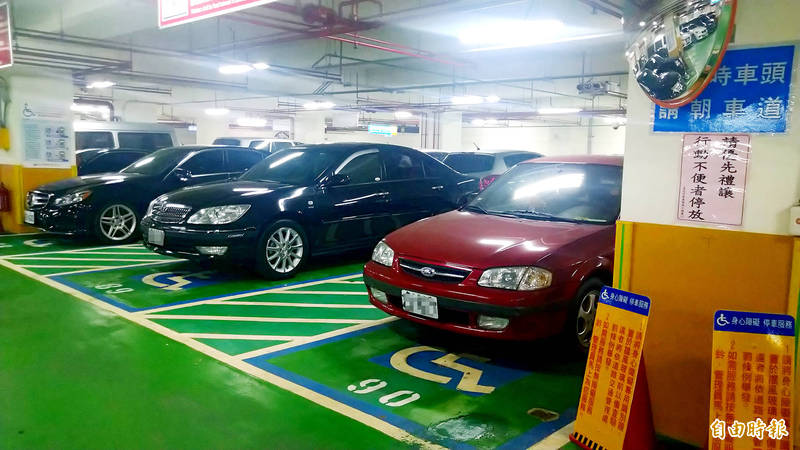 STRICT MEASURES: More than 95 percent of vehicle owners owing fees would pay if their vehicles were targeted by the city authorities, the Taipei mayor said

People who owe parking fees for one week or longer should be denied parking public spaces, Ko said at a city government meeting on traffic affairs yesterday.

The city in 2015 established a mechanism to enforce parking fee payment, and in 2018 added a mechanism to track and lock vehicles that have unpaid fees, the Taipei Parking Management Development Office said.

In 2019, it began towing vehicles parked in certain spaces for more than 30 days, it added.

Ko urged officials to target vehicles instead of owners, saying that vehicles should be denied parking in the city if there are outstanding fees.

Entry to public parking lots should be denied, and clear warning signs along roadside parking areas should be installed, he said.

Vehicles whose owners have not paid their fees in more than a month should be towed immediately, Ko said.

“I believe that more than 95 percent of those owing the city government money would pay once this system is implemented,” he said.

The office should draft strict measures, but people who have left the country for more than one month should be exempted, he said.

Office Director-General Lee Kun-chen （李昆振） said that those who are out of country should pay for parking up front or find a parking lot that offers online payment.

In response, Ko said that such a system was neither ideal nor convenient.

Ko concluded the meeting by saying that city officials should not be afraid when enforcing rules and regulations.