《TAIPEI TIMES》 Teamwork makes a mask for those with hearing loss 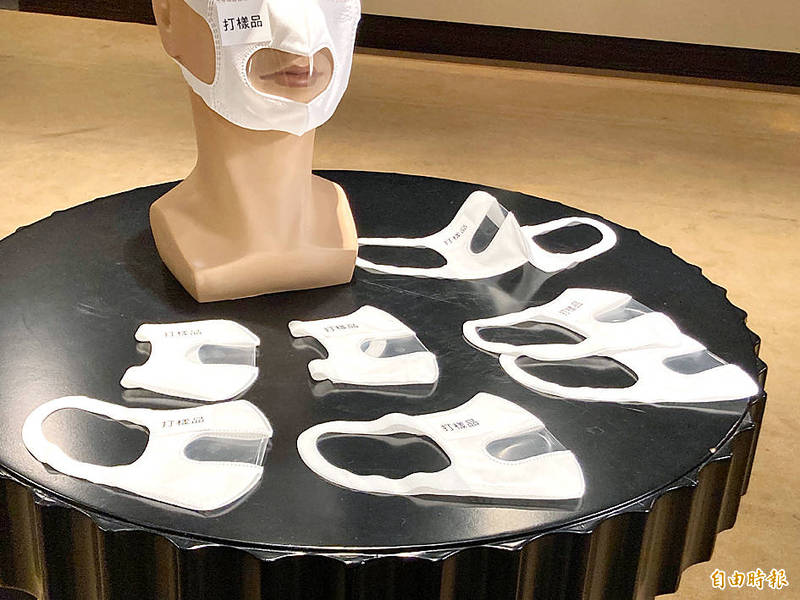 Transparent masks for people with hearing loss have been developed through collaboration between the Industrial Development Bureau and the Textile Industry Research Institute Foundation, Taiwan Champ Co and Nonwoven Converting Machinery Co.

The masks allow facial expressions and lip movements to be seen, while covering the mouth and nose of the wearer, the bureau said.

Production of the masks is to be expedited this year, it said, adding that 20,000 of them are to be donated to social welfare organizations that aid people with hearing loss, as well as the National Performing Arts Center and the National Theater and Concert Hall.

The Dandelion Hearing Association, which has been working with the two performing arts spaces, said that while those with hearing loss do wear hearing aids, they also rely on a speaker’s facial expressions and lip movements.

As many have worn masks since the outbreak of the COVID-19 pandemic, those with hearing loss are at a disadvantage, association president Hsieh Li-fang （謝莉芳） said.

The association first received complaints from students who needed to take online courses, as the sounds from the computer speakers were not natural sounds and their hearing aids had difficulty picking up the signals, she said.

Lecturers tended not to show their faces or wore masks, making it more difficult to comprehend, Hsieh said, adding that this led to the creation of the transparent masks.

Taiwan Champ has one machine that can manufacture 10,000 transparent masks per day, it said on Thursday, adding that it would donate the first batch.

The masks are to be sold at pharmacies from April for NT$8 to NT$13 apiece, depending on the size, the company said.

In related news, the Down Syndrome Foundation is offering a limited set of 5,000 boxes of masks made by children with Down syndrome at the foundation, as a contribution toward disease prevention efforts.

An image of a cow — to correspond with the Chinese zodiac animal of the year — was created by foundation artists, foundation president Lin Cheng-hsia （林正俠） said on Friday.

The image printed on the masks, along with colored blocks containing words of encouragement, would hopefully let people understand that the children at the foundation are also working hard and doing their best to contribute during the pandemic, Lin said.

The masks would mostly be sold online, he said, adding that the foundation encourages people to place orders online, rather than at the foundation’s office, to lower the possibility of infection.

All the proceeds would go toward sustaining the foundation’s efforts and services for people with Down syndrome, Lin added.

A colorful disposable mask that is being sold to raise funds for the Down Syndrome Foundation is shown in an undated photograph. Photo courtesy of Lin Cheng-hsia