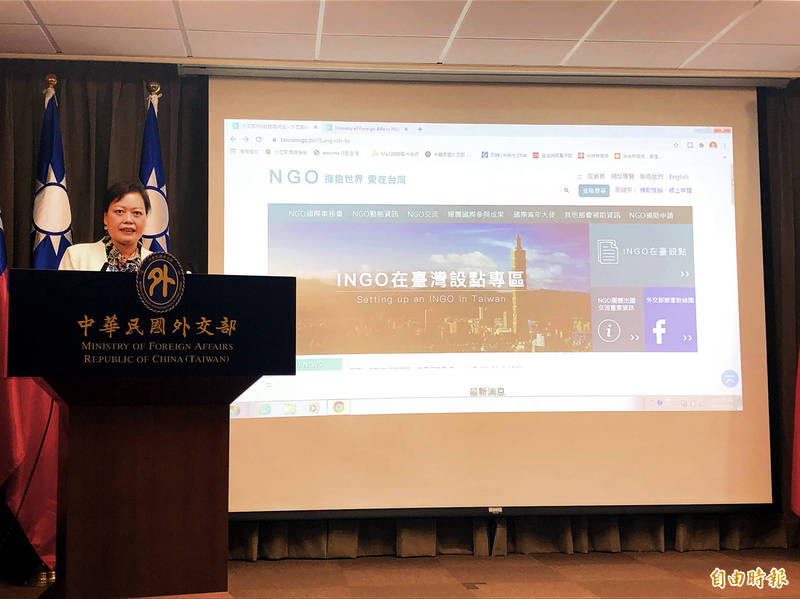 A platform has been launched to help international non-governmental organizations （INGOs） establish offices in Taiwan, with the government offering several incentives, the Ministry of Foreign Affairs （MOFA） said yesterday.

Due to the sociopolitical turbulence in Hong Kong, many organizations operating in the territory have decided to relocate to Taiwan, Department of NGO International Affairs Director-General Constance Wang （王雪虹） told a news briefing in Taipei.

The Washington-based National Democratic Institute for International Affairs, which said in late October that it would open an office in Taiwan, has already obtained the Ministry of the Interior’s approval for registration, she said.

To attract more prominent NGOs, the ministry last month set up a Web site with a “Setting up an INGO in Taiwan” section that streamlines information about the legal procedures for establishing offices or branches, she said.

The www.taiwanngo.tw Web site provides information in Mandarin and English, and the ministry has told its representative offices overseas to promote the platform, she said.

Foreign foundations were previously required to possess assets of at least NT$30 million （US$1.04 million）, but that has been halved to NT$15 million, and could be lowered to NT$5 million for organizations granted a consultative status by the UN Economic and Social Council, Wang said.

Other incentives include subsidies for the application fees and an NGO’s first-year office rent, Wang said.

Taiwan, with its geostrategic importance, economic achievements, technological innovation and the hospitality of its citizens, is an ideal location for international NGOs, she said.

Foreign foundations engaged in activities related to promoting democracy and freedom, human rights and justice, or peace and tolerance, that want to establish a base in Taiwan can apply to the foreign ministry, she said.