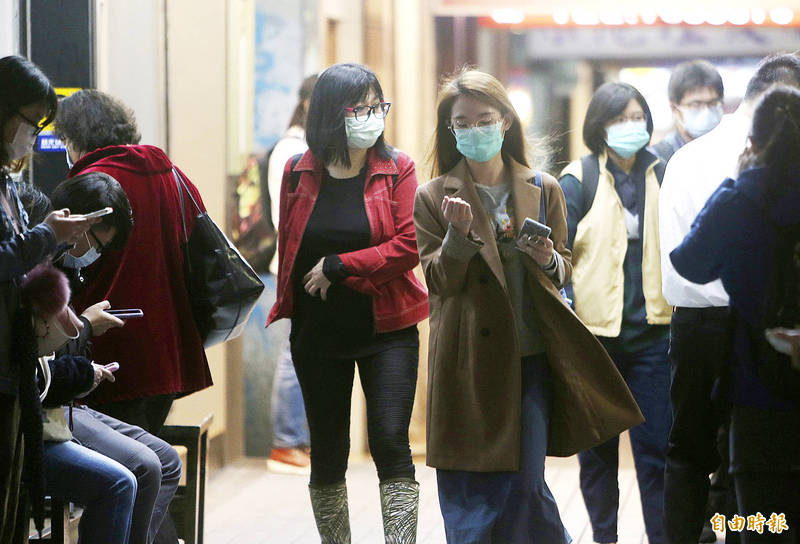 A temporary, two-week ban on Indonesian migrant workers entering the nation is to begin on Friday, the Central Epidemic Command Center （CECC） announced yesterday as it reported 24 new imported cases of COVID-19.

Twenty of the new cases are Indonesian migrant workers who arrived between Nov. 11 and Friday last week, said Minister of Health and Welfare Chen Shih-chung （陳時中）, who heads the center.

The cases were discovered during a special project on Friday to conduct polymerase chain reaction （PCR） tests on all 939 recently arrived Indonesian migrant workers in centralized quarantine facilities, as the majority of imported cases in the past few weeks have been from Indonesia, Chen said.

Only 23 people tested positive, including three whose cases were announced on Sunday, and of the 20 new cases, 19 were asymptomatic, while the remaining one developed symptoms on Sunday, he said.

“The number of confirmed cases reported in Indonesia is still rising and getting more serious by the day. We suspect that the COVID-19 prevention measures taken at the [migrant worker] training facilities are insufficient,” he said.

There have also been inconsistencies between many of the test result reports that arriving Indonesian workers have provided and their actual conditions, based on the PCR tests they have taken in Taiwan, so the CECC must apply stricter restrictions on travelers from Indonesia, the minister said.

Of the 107 migrant workers who have tested positive for COVID-19 in Taiwan, 83 are Indonesians and 24 Filipinos, and since most Indonesian migrant workers are domestic care providers who take care of elderly people, the temporary ban is aimed at reducing the risk of local infection, he said.

“Starting on Dec. 4, we will temporarily ban Indonesian migrant workers from arriving in Taiwan until Dec. 17,” he said, adding that the center would determine how many migrant workers could arrive after that date based on the COVID-19 situation.

Ministry of Labor （MOL） data showed an average of 677 Indonesian workers arrived each week last month, so the temporary ban would block about 1,350 arrivals over the next two weeks, the CECC said.

MOL Workforce Development Agency section head Hsueh Chien-chung （薛鑑忠） said that of the 699,000 migrant workers now in Taiwan, about 265,000 — or 38 percent — are from Indonesia, and that about 75 percent of the Indonesians work in social welfare services.

Chen said that the four other cases reported yesterday are all Taiwanese.

Case No. 654 is a woman in her 20s who went to study in the UK in September, and began suffering COVID-19 symptoms — including a runny nose, fever, and loss of smell and taste — on Nov. 7, but she did not seek medical treatment in the UK, he said.

She took a test for COVID-19 on Nov. 11, and on Nov. 13 she learned that the test was positive, but she still flew back to Taiwan, arriving on Friday, when she reported her symptoms at the airport upon arrival, and tested positive again at the airport, he said.

She could face a fine, as she did not conform to the procedures for people who test positive for COVID-19 abroad who want to return to Taiwan, he added.

Another case is a man in his 30s, surnamed Chou （周）, who returned from the Philippines on Friday and was identified as a wanted fugitive by National Immigration Agency officials at Taiwan Taoyuan International Airport.

He told authorities that he had developed symptoms, including a cough and headache, on Nov. 16.

He tested negative at the airport and was taken to Taoyuan Prison, and a second test, which is required for all incoming inmates, taken on Saturday came back positive yesterday, officials said.

He was moved to a hospital quarantine room, prison officials said.

Chou fled the country after he was sentenced by a district court to five years and four months in prison for intentionally inflicting injury on a person that resulted in death, the prison said.

The third case is a man in his 30s who went to study in the US in August and returned on Sunday last week, and began suffering coughing, a runny nose and loss of smell and taste on Tuesday while in quarantine, Chen said, adding that the man was tested on Friday and confirmed positive yesterday.

The fourth case is a man in his 50s, a permanent resident of the US, who returned to Taiwan on Nov. 20, and a test taken on Friday was positive, the minister said.

In other developments, the CECC’s autumn-winter COVID-19 prevention program begins today, which includes mandatory mask wearing in eight types of public venues and indoor facilities, as well as requiring all international arrivals to provide a PCR test result report issued within three days of their departure for Taiwan.

Asked to clarify whether the PCR test must be taken within three days of the departure date, Centers for Disease Control （CDC） Deputy Director-General Chuang Jen-hsiang （莊人祥）, who is also the CECC’s spokesperson, said the center only required the test report to be issued within three days of departure.

However, in addition to the three exceptions to the new requirement that were announced last week — family or medical emergencies; located in a country where a paid-out-of-pocket PCR test is unavailable; and special cases approved by the CECC — if travelers have another reasonable cause that prevented them from getting a test result before their departure, they can sign an affidavit explaining the cause and pay to undergo a PCR test upon arrival in Taiwan, Chen said.

However, if the listed cause is deemed unreasonable, the individual could be fined for not meeting the requirement of providing a PCR test result, he added.

CDC Director-General Chou Jih-haw （周志浩）, head of the CECC’s disease surveillance division, said the PCR test result report would be examined by airline personnel during check-in, and CECC employees would conduct random inspections of the documentation upon arrival, so if suspected fake reports are found, the CECC would ask Taiwanese diplomatic staff abroad to help investigate the authenticity of the reports.

People who present a fabricated PCR test result would not only face a fine of between NT$10,000 and NT$150,000 （US$347 and US$5,204） for breaching the Communicable Disease Control Act （傳染病防治法）, they could also face criminal charges for forgery, he said.

Deputy Minister of the Interior Chen Tsung-yen （陳宗彥）, who is deputy head of the CECC, said that an average of 1,000 to 2,000 passengers per day arrived in Taiwan last month, but the numbers have risen in the past few days, reaching more than 3,200 on Friday last week and 4,000 people on Sunday.