《TAIPEI TIMES》US to base coast guard cutters in western Pacific 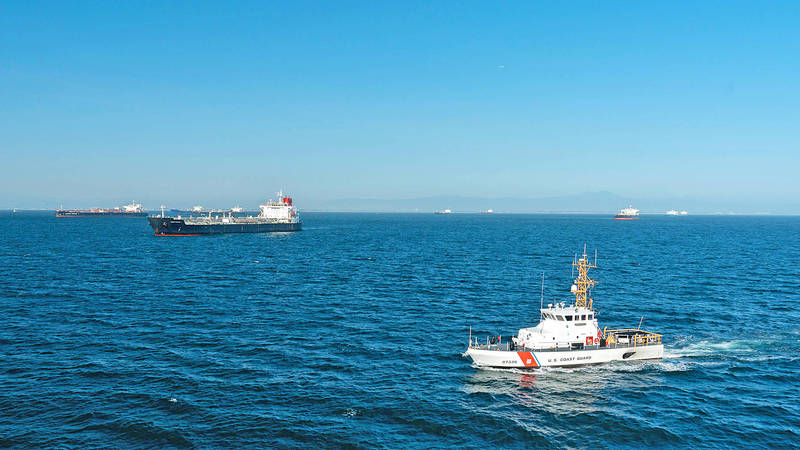 The US Coast Guard （USCG） is basing Enhanced Response Cutters in the western Pacific for maritime security missions, the US national security adviser said on Friday, citing illegal fishing and harassment of vessels by China.

US National Security Adviser Robert O’Brien in a statement said that the coast guard also planned to evaluate next fiscal year the feasibility of basing Fast Response Cutters in American Samoa in the South Pacific.

The statement described the US as a Pacific power and added that China’s “illegal, unreported and unregulated fishing, and harassment of vessels operating in the exclusive economic zones of other countries in the Indo-Pacific threatens our sovereignty, as well as the sovereignty of our Pacific neighbors and endangers regional stability.”

It said US efforts, including by the coast guard, were “critical to countering these destabilizing and malign actions.”

“To that end, the USCG is strategically homeporting significantly enhanced Fast Response Cutters ... in the western Pacific,” the statement said, without detailing where the vessels would be based or how many were involved.

O’Brien said the new-generation coast guard vessels would conduct maritime security missions, such as fisheries patrols, and enhance maritime-domain awareness and enforcement efforts in collaboration with “regional partners who have limited offshore surveillance and enforcement capacity.”

“Enhancing the presence of the USCG in the Indo-Pacific ensures the United States will remain the maritime partner of choice in the region,” the statement said.

The coast guard did not immediately respond to a request for comment on the statement, which came just ahead of a planned visit to Asia by US Secretary of State Mike Pompeo.

Pompeo led a meeting of foreign ministers from India, Japan and Australia this month in Tokyo, a grouping Washington hopes to develop as a bulwark against China’s growing assertiveness and extensive maritime claims in the region, including to most of the strategic South China Sea.