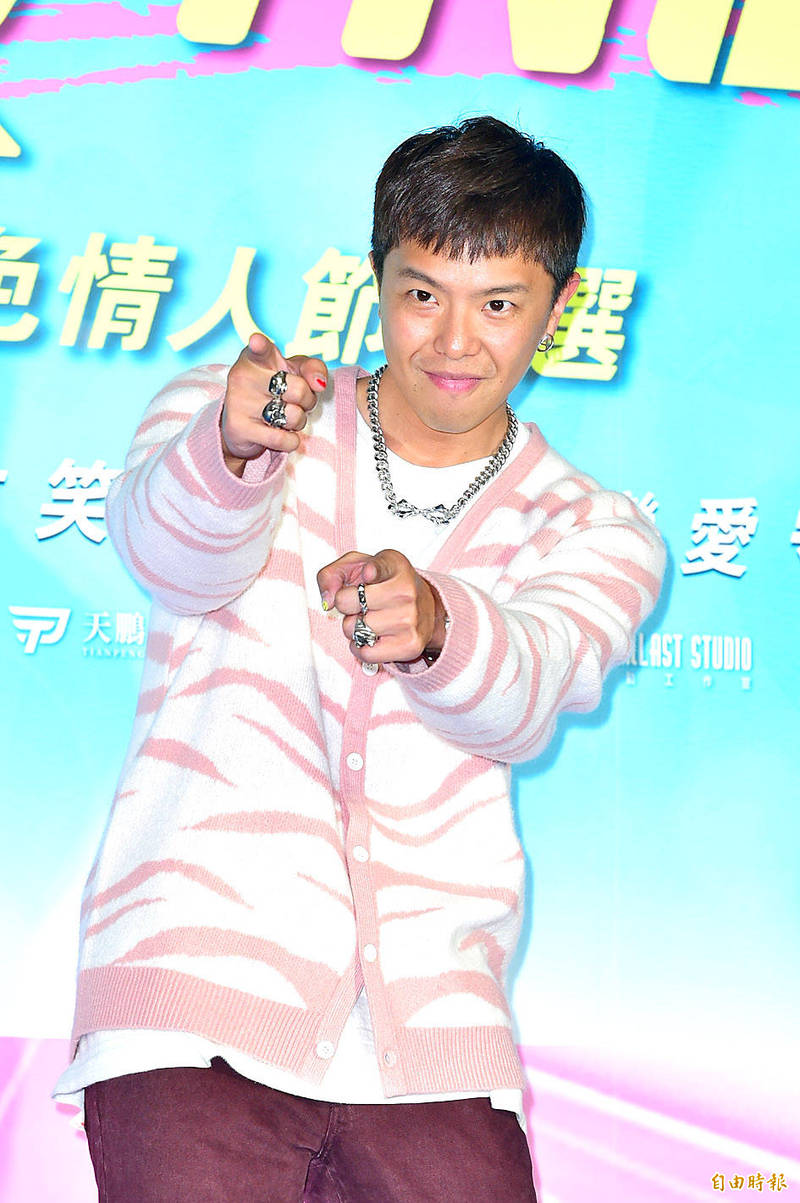 Alien Huang gestures at the premiere of the movie Acting Out of Love in Taipei on March 12. Photo: Chen Yi-kuan, Taipei Times

UNDER INVESTIGATION: Huang’s body was found just outside the bathroom and showed no signs of a struggle, and no alcohol or drugs were found

Singer and actor Alien Huang （黃鴻升） was found dead at his home in Taipei’s Beitou District （北投） yesterday. He was 36.

His body was found when his father went to check on him after being unable to reach him by telephone, and called emergency services to the house at 11am, the Taipei City Police Department said.

Huang’s body, which was discovered just outside the bathroom, showed no signs of a physical struggle, and he appeared to have been dead for some time, police said, adding that no drugs or alcohol were found at the scene.

Huang had returned home at about 7pm on Tuesday and later that evening posted an Instagram story showing him playing with his pet dog, authorities said.

The exact cause and manner of his death are being investigated, police said.

He got his first big break in 2002 as a member of the short-lived boy band HC3 and founded his own band, Cosmo （丸子）, the following year.

Huang transitioned into roles as an actor in television dramas and hosted variety shows, with the latter earning him nominations in 2015 and last year at the annual Golden Bell Awards for television production.

News of Huang’s death was met with an outpouring of tributes from friends and colleagues.

Yang — who dated Huang for several years — said via her agent that she “cannot describe how much it hurts” to lose Huang, who was “like family” to her.

Hsu wrote on Instagram that she and other Hwa Kang graduates had been planning to hold a reunion today, although Huang had said that he would be unable to attend because of his work schedule.

Variety show host Jacky Wu （吳宗憲） said he was “shattered” by the news of his friend’s death, adding that he had promised to present Huang with a Golden Bell Award at next year’s ceremony.