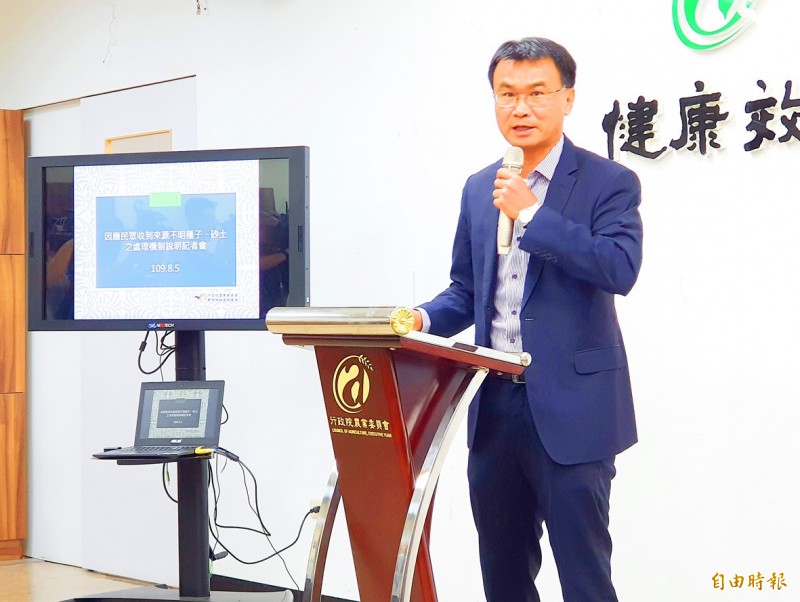 Nine cases of unsolicited packages containing seeds or soil from China have been reported, the Council of Agriculture （COA） said yesterday.

Following similar reports in the US, Japan and other countries, the council from Tuesday to Friday last week received nine reports, COA Minister Chen Chi-chung （陳吉仲） told a news conference in Taipei.

The packages were destroyed, Chen said.

The two Facebook orders were made by people who ordered seeds and expected them to be locally sourced, but received seeds from China, Chen said.

The other three packages contained fertilizer or soil, including two attached with ordered products and one sent by itself, he said.

Further investigation is needed to determine how the packages passed customs inspections and whether brokerage firms breached the Plant Protection and Quarantine Act （植物防疫檢疫法）, Chen said.

A total of 198 illegal packages of plants and related products have been intercepted this year, excluding the nine cases, he said.

Soil and seeds from unknown sources might contain nematodes, pests, pathogenic bacteria or viruses that could devastate Taiwan’s agricultural production, Chen said, adding that people who receive suspicious parcels should immediately inform the Bureau of Animal and Plant Health, Inspection and Quarantine.

All parcels from overseas are X-rayed at ports, a measure adopted after African swine fever broke out in China in 2018, he said.

The council has asked the Chinese Non-Store Retailer Association to remind online retailers not to send seeds as gifts, and if they sell such products, sources should be specified, bureau Deputy Director Chou Hui-chuan （鄒慧娟） said.

People caught illegally importing plants and related products face a prison term of up to three years or a fine of up to NT$150,000, the council said.

Taiwan has been threatened by several major infectious diseases in animal or plants from China over the past two years, highlighting the importance of border inspections, Chen said.

A Council of Agriculture spokeswoman in Taipei yesterday shows photographs of packets of seeds and soil that were forwarded to the Bureau of Animal and Plant Health Inspection and Quarantine. Photo: CNA