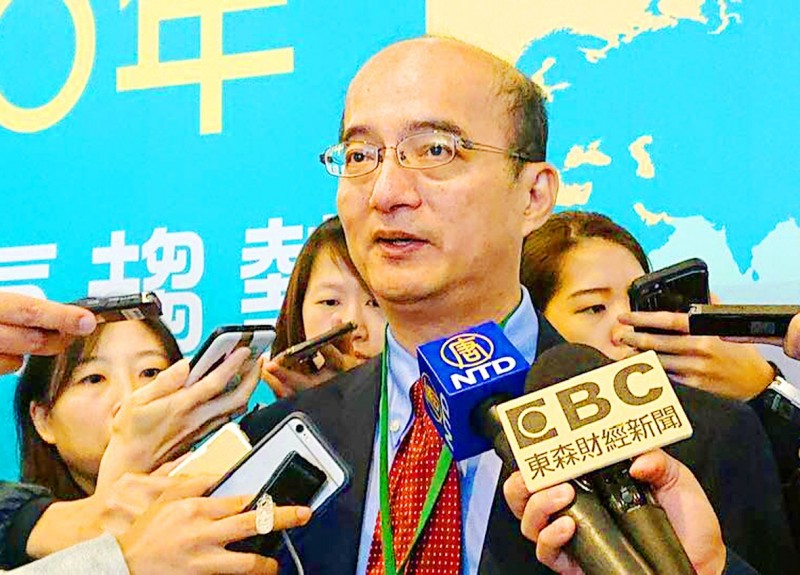 The nation’s economic growth is forecast to expand 2.4 percent this year and accelerate to 2.45 percent next year if investment pledges by returning companies materialize, lending support to private investment and consumer spending, the Taiwan Institute for Economic Research （TIER, 台灣經濟研究院） said yesterday.

The revised growth forecast for this year represents a 13.2 percent upgrade from the estimate of 2.12 percent it made in July, as the nation benefits from trade rerouting by firms to cope with the US-China trade row — a factor that might remain crucial next year, the Taipei-based think tank said.

“Firms will decide whether and how fast to act on investment pledges based on their assessment of the global economic showing,” TIER president Chang Chien-yi （張建一） said.

International research institutes share the view that global trade would improve next year compared with this year, which would be favorable for Taiwanese exports, Chang said.

In particular, business would ramp up for firms involved in the supply of high-performing computing chips, 5G deployment, and artificial intelligence and Internet-of-Things applications, he said.

Exports and imports, which are set to contract this year amid a global slowdown, would resume their growth momentum next year, rising 3.3 percent and 3.45 percent respectively, TIER said.

Firms generally name global trade frictions as the biggest downside risk next year, with the textile, petrochemical and steel sectors being the most vulnerable, the institute said.

The room for increases in international oil and raw material prices is limited going forward, and so would the inflation trend, it said.

Consumer prices are forecast to rise 1.1 percent next year, compared with an estimated 0.65 percent increase for this year, it said.

Against this backdrop, the central bank is likely to maintain its practice of keeping the local currency dynamic, but stable at an average of NT$30.85 against the US dollar next year, slightly up from NT$31 versus the greenback this year, TIER said.

Taiwan could continue to outperform its main regional trade rivals in terms of GDP growth next year if investment pledges valued at NT$700 billion （US$23 billion） by returning firms are realized, Chang said.

Private investment, the main growth driver this year, is expected to advance 5.54 percent this year and ease to 3.86 percent next year due to a high comparison base, the institute said.

That should shore up the job market and consumer spending, he said.

《TAIPEI TIMES》 DGH not to use Chinese-made …