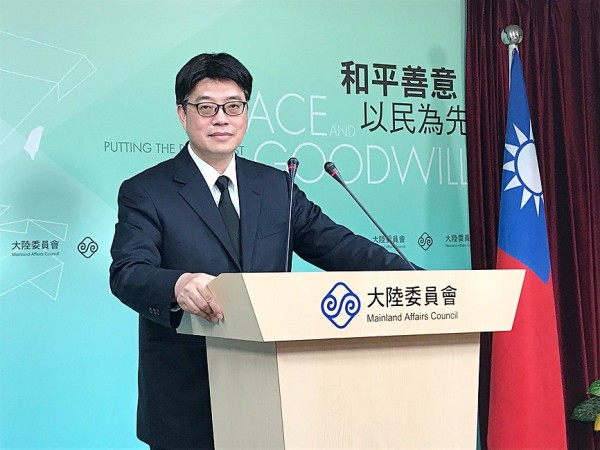 Kaohsiung Mayor Han Kuo-yu （韓國瑜） owes an explanation to the public, after his meeting with the head of China’s liaison office in Hong Kong galvanized concerns in Taiwan and Hong Kong, the Mainland Affairs Council （MAC） said yesterday.

Han’s meeting on Friday with Wang Zhimin （王志民）, director of the Liaison Office of the Central People’s Government in the Hong Kong Special Administrative Region, caught many by surprise, as it was not included in the itinerary that Han’s office published before he departed on Friday morning for a seven-day visit to Hong Kong, Macau and China.

“As the meeting was not held publicly, there has been much speculation. We hope the Kaohsiung City Government will explain to the public as soon as possible what occurred during the meeting so that their concerns can be assuaged,” council Deputy Minister Chiu Chui-cheng （邱垂正） said.

Han’s meeting with Wang has worried many in Taiwan and Hong Kong, Chiu said, adding that he hoped the mayor conveyed to Wang the grave concerns that Taiwanese and Hong Kongers have over Beijing’s manipulation of the “one country, two systems” framework and its breach of democratic practices.

If not, the meeting could send the wrong message to Taiwanese and the international community, as well as Hong Kongers, although the Act Governing Relations with Hong Kong and Macau （香港澳門關係條例） does not bar local government heads from having contact with Chinese officials in Hong Kong or Macau, Chiu said.

“That said, actions of such a highly political nature should be conducted openly and transparently, considering how Taiwanese and the international community will view it,” Chiu said, adding that unless receiving prior approval from the central government, conducting negotiations on a government mandate or signing an agreement would break the law.

Certain criteria must be met before cooperation can be deemed illegal and the council would ascertain if anything about Han’s meeting with Wang met those conditions, Chiu said.

Asked about Han’s reported plan to meet with China’s Taiwan Affairs Office Minister Liu Jieyi （劉結一） in China on Tuesday, Chiu said that although the council understands situations arise where an event cannot be finalized before departure, it encouraged Han to submit documents to authorities afterward.

Han’s published itinerary had not included the possibility of Han meeting with Liu.

Han, who during his election campaign last year said that he would strive to achieve “100 percent economy, zero percent politics,” should realize that the liaison office is highly political, Chen said.

Han should promptly provide an explanation as to why he visited the office, especially since many Taiwanese care about the safeguarding of human rights and democracy in Hong Kong, Chen added.

Han should be more conscientious, Chen said, referring to a gaffe that Han made during a speech on Friday in Hong Kong, when he reportedly said: “The happiest country is likely the one under the Alps, Bhutan, where the people are dumb, innocent and go along with whatever they’re told.”

The remark sparked criticism of Han’s knowledge of geography and, similar to earlier this month when Han referred to Philippine nationals living in Taiwan as “Maria,” his sensitivity toward other nationalities.

Han later clarified that he had only meant that Bhutanese are worry-free.