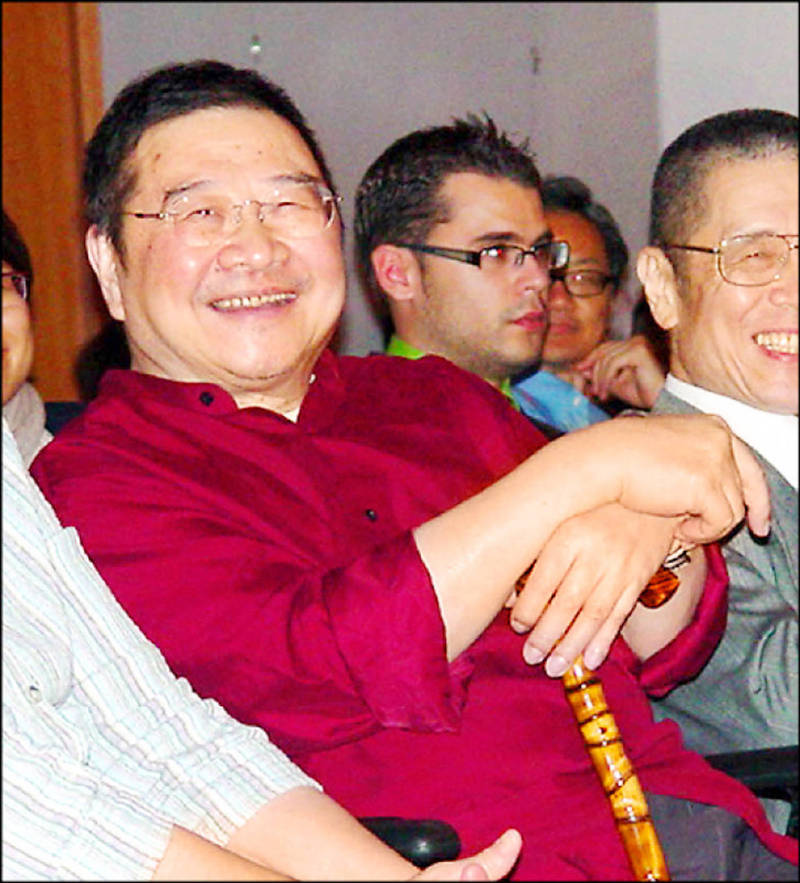 Hong Kong author Ni Kuang （倪匡）, who was known throughout the Chinese-speaking world for his Wisely （衛斯理） series of science-fiction adventure novels, died on Sunday at the age of 87.

Hong Kong media reported that Ni — the author of hundreds of novels and story collections, as well as more than 300 film scripts — had been in poor health and made only a few public appearances in the past few years.

Born in Shanghai in 1935, Ni began working at the age of 16 as a public security official in Inner Mongolia under China’s communist government.

At the age of 22, he was caught dismantling a wooden bridge to use as fuel amid a shortage of heating coal, and was sent to a corrective labor camp on an isolated farm.

After learning from a friend that he might be sentenced to death, Ni fled the farm, traveling across much of China before entering Hong Kong via Macau in a journey that provided the material for his first book.

Ni shot to fame in the 1960s with his Wisely novels, which follow a protagonist of the same name as he solves mysteries, many of which involve aliens or other supernatural beings.

He later wrote several other novels, including the popular Dr Yuen （原振俠） series, and a number of wuxia （martial arts, 武俠） novels, which were subsequently adapted for television and cinema.

In the media, Ni was often mentioned together with wuxia writer Jin Yong （金庸）, lyricist James Wong （黃霑） and columnist Chua Lam （蔡瀾） as one of Hong Kong’s “four great talents” in the second half of the 20th century.

Due to his early experiences, Ni remained a lifelong opponent of the Chinese Communist Party, which he said “strangely” seemed to be most popular among his wealthiest friends.

Later in life, when a friend tried to convince him to visit China and see how the party had changed, Ni said that while “they may eat mutton with a knife and fork, in their essence, they remain unchanged.”