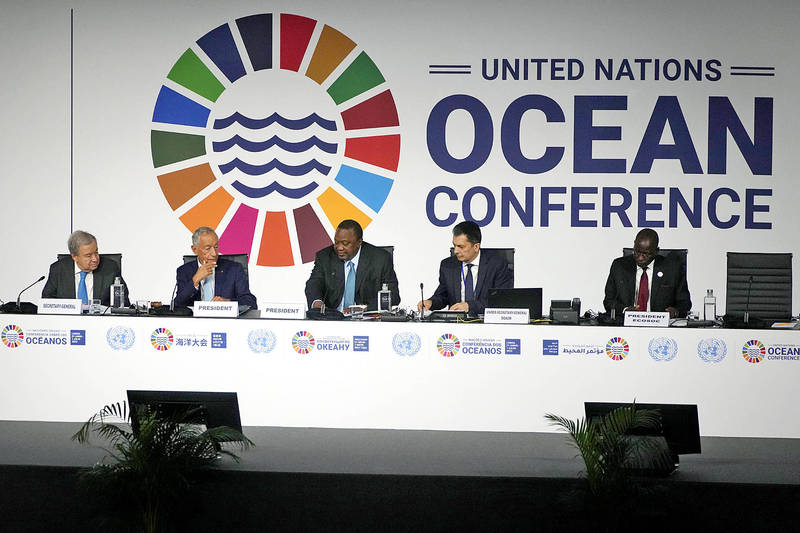 Taiwan is not a member of the UN and its citizens are unable to attend UN events as representatives of Taiwan.

“The Taiwan authorities’ attempts to squeeze into the United Nations Conference on the Oceans and the Law of the Sea by engaging in petty maneuvers in the international arena or acting as followers of other countries will only demean themselves,” he told a daily news briefing in Beijing.

In Taipei, Ministry of Foreign Affairs deputy spokesman Tsuei Ching-lin （崔靜麟） yesterday said that the ministry strongly condemns China for its abuse of power in the UN’s Credentials Committee.

The composition of delegations of UN member states at UN events has always been decided by the member states themselves, and the committee members have nothing to say about the delegation members, he said.

China’s pressuring of Tuvalu over its delegation demonstrated Beijing’s malicious intent, he said, adding that Taiwan would continue to work with like-minded nations, despite China’s increasingly malicious behavior in the UN and elsewhere.

Tsuei also expressed gratitude to Tuvalu for its efforts to assist Taiwan’s participation in international organizations.