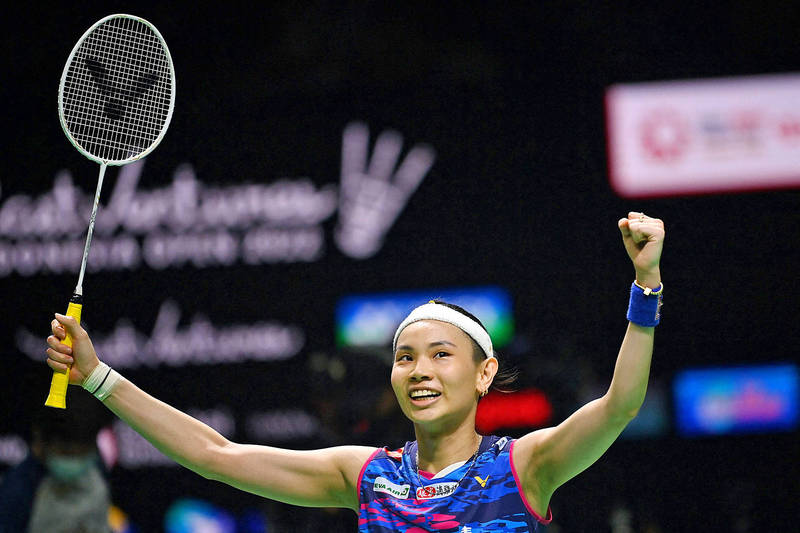 The win gave Tai her third Indonesia Open title and her second of the season, after the Thailand Open last month. It was also a timely birthday gift for Tai, who turns 28 today.

Tai, who bagged a silver medal at the Tokyo Olympics last year, won her first title of the season at the Thailand Open, when she defeated her long-standing rival Chen Yufei （陳雨菲） of China 21-15, 17-21, 21-12 in the final.

On Saturday, world No. 2 and second seed Tai again beat Chen, the Tokyo Olympics gold medalist, in the Indonesia Open semi-finals to advance to the final against world No. 14 Wang.

“Wang played with very good ball control. I put the burden on myself because of my own mistakes,” Tai said via an interpreter after the match.

However, Tai quickly adjusted and upped the tempo to take a 11-0 lead in the second game, and went on to score a comfortable 21-6 victory.

“I’m very happy that a lot of people cheered me on, as it became my motivation during the match today,” she said.

Tai played more flexibly in the early part of the decider, opening a 6-1 lead, but Wang showed tenacity and worked hard to catch up. Tai eventually won the hard-fought game 21-15.

The purse at the Super 1000 Indonesia Open totaled US$1.2 million.

Taiwan`s Tai Tzu-ying poses during the victory ceremony after winning the women`s singles event at the Indonesia Open badminton tournament in Jakarta on June 19, 2022. Photo: AFP