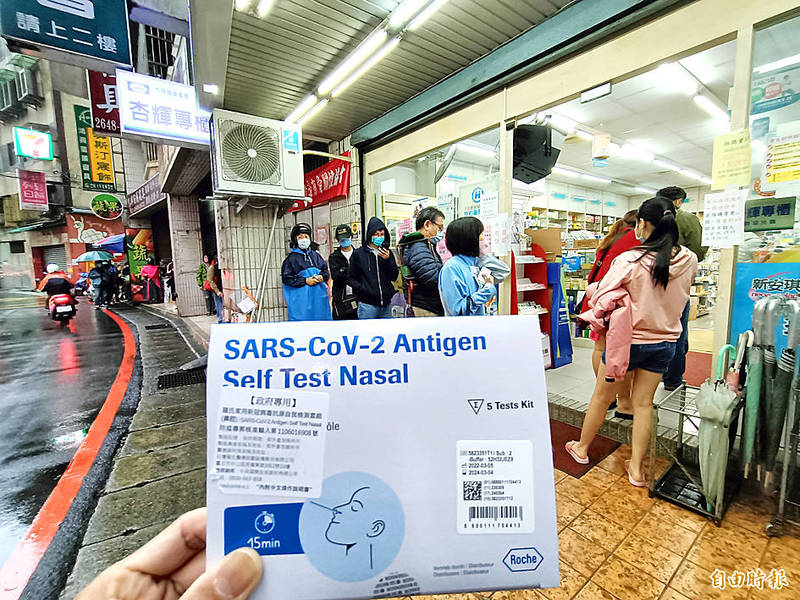 Ko on Friday said community testing stations in the city can only perform 4,000 polymerase chain reaction （PCR） tests per day, but as infections increase, PCR testing capacity should be reserved for people who have tested positive in a rapid test.

Ko suggested that people who test positive in a rapid test should be considered confirmed cases.

Minister of Health and Welfare Chen Shih-chung （陳時中）, who heads the Central Epidemic Command Center （CECC）, said the suggestion could be implemented after the local COVID-19 outbreak has peaked, and contact tracing and home isolation are no longer implemented, but it is not appropriate at this time.

There is adequate PCR testing capacity in the nation, but some emergency rooms are more crowded, he said, adding that the accuracy rate of rapid tests is about 88 to 90 percent, so there would be unnecessary contact tracing and isolation for false-positive cases if rapid tests are used to diagnose a COVID-19 infection.

Asked about Ko’s suggestion, Hou yesterday said “viewing people who test positive in a rapid test as a confirmed case is the road we must take.”

The central government should consider revising the procedures and come up with supplementary measures so that people who test positive in a rapid test can upload the information to a government system, he said, adding that the direction is clear and the government must be prepared for the transition.

Chen yesterday reiterated that using rapid test kits as a diagnostic tool for COVID-19 would place an additional burden on society, so they should only be used as a simple and effective screening tool before receiving a PCR test for diagnosis.

The mayors’ suggestion could be implemented when the local outbreak slows down or when COVID-19 is no longer identified as a category 5 notifiable communicable disease, he said.

On Saturday, Ko also suggested that only those who test positive in a rapid test be allowed to receive a PCR test at one of Taipei’s seven community testing stations.