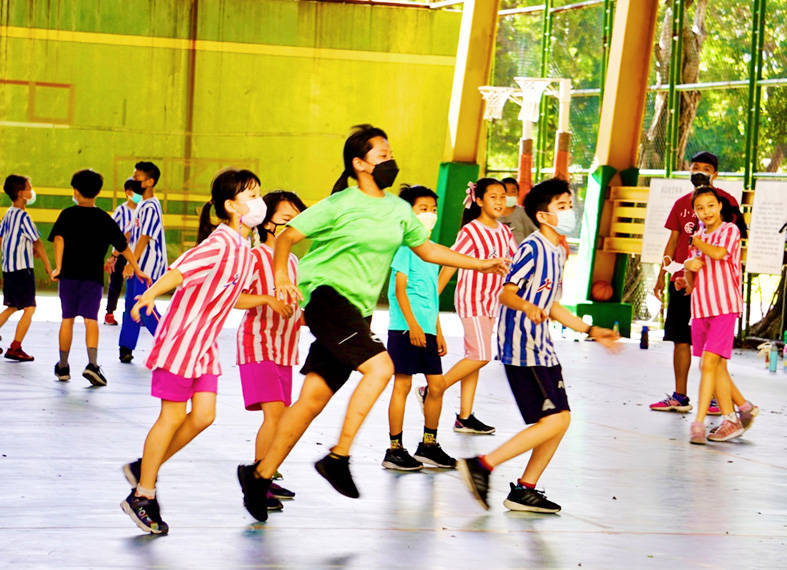 CAUTIOUS OPTIMISM: President Tsai Ing-wen said that 99.68% of the local cases this year have been mild or asymptomatic, so the health risk is relatively low

President Tsai Ing-wen （蔡英文） yesterday said that four disease prevention measures are to be enhanced as the local COVID-19 outbreak has not reached its peak.

After listening to the center’s report, Tsai told a news conference that experts, after referencing the experiences of other countries, believe that the local COVID-19 outbreak has not reached its peak, and that daily case tallies will continue to rise.

“Many people might feel that the virus is closing in on them,” she said. “But so far, 99.68 percent of the local cases this year have been asymptomatic or mild cases, the rate of severe infection is about 0.03 percent and the case fatality rate is 0.01 percent — so the health risk from this wave of infections is relatively low.”

The center and its specialists’ advisory panel have a good grasp of the situation, and are prepared to respond to various challenges at different stages of the outbreak — so, in facing the virus, the public should follow the guidelines, stay calm and be cautious, but not afraid, Tsai said.

In response to the spread of the Omicron variant of SARS-CoV-2, the center has revised its strategy: four key preventive measures are to be enhanced with the aim of balancing disease prevention, economic growth and normal functions in society, she said.

Tsai thanked all of the “disease prevention heroes” in the central and local governments, and the private sector, as well as the public for cooperating in the fight against COVID-19 for more than two years.

Centers for Disease Control Deputy Director-General Chuang Jen-hsiang （莊人祥）, who is the CECC’s spokesman, said that close contacts placed in home isolation are required to conduct a rapid test at the start, and before going out on each of the four days of the “self-disease prevention” period.

They are no longer required to test at the end of the three-day “home isolation” period, he said.

If any of their results are positive, they should notify the government agency that issued their “home isolation notification” and follow its instructions to get a polymerase chain reaction test for confirmation, he added.

Those under the “3+4” policy can go to work and buy necessities, but must wear a mask at all times, he said.

They are also banned from dining in, attending meals and gatherings, and visiting crowded places and venues where they would have close contact with strangers, he said, adding that they should practice social distancing at work, eating or drinking at their seat, but not at a cafeteria.

People who received a digital home isolation notification before yesterday are to receive a new notice, Chuang said.

Local governments are to provide five at-home rapid test kits to the people in home isolation, he said.

Minister of Health and Welfare Chen Shih-chung （陳時中）, who heads the center, said that people in isolation who live in the same house as a confirmed case are to start the “3+4” isolation policy on the day after the person was confirmed to have COVID-19.

The real-name rationing scheme for rapid COVID-19 test kits is in its final stage of preparation and is to be launched “very soon,” he said.

Chen said that Taichung and Yilan County have been added to the list of cities and counties with a higher risk of infection, along with Taipei, New Taipei City, Keelung, Taoyuan, Kaohsiung and Hualien County.