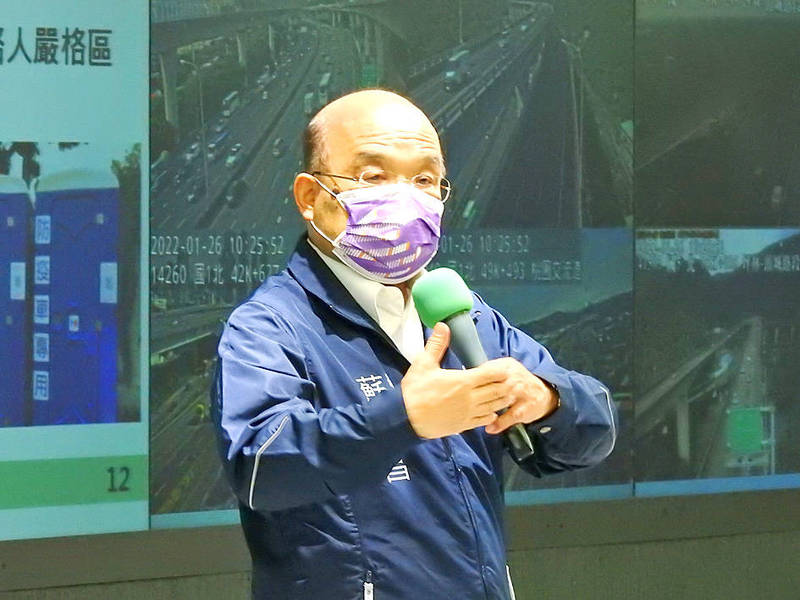 Talks on removing a ban on agricultural imports from Fukushima and four other Japanese prefectures have entered the final stages, with an announcement possible before the Lunar New Year if everything proceeds smoothly, an official with knowledge of the matter said yesterday.

The Presidential Office has yet to formally set a timetable for removing the ban, implemented after the Fukushima Dai-ichi nuclear power plant disaster in 2011.

However, the official, who asked to remain anonymous, said that a decision is possible as soon as tomorrow.

Asked about the timeline at an event in New Taipei City yesterday, Premier Su Tseng-chang （蘇貞昌） only said that Taiwan and China are the only two nations that maintain the ban.

The government would “proactively address the issue” on the basis of scientific evidence, international standards and the prioritization of public health, he said.

Taiwan is a trade-oriented nation that wants to do business with the world and participate in high-level international trade groups, Su said.

It must show its value as a trading partner and willingness to abide by international norms, he said.

An unnamed Democratic Progressive Party （DPP） official said that most party legislators support removing the ban, while some advocate resolving the issue as fast as possible.

This does not mean the government is rushing, as it is still carefully evaluating the issue, they said.

Wu said he “does not have any information,” as the Ministry of Foreign Affairs is not responsible for food imports.

He criticized the legislators’ use of the term “nuclear food,” saying that any food that makes it into Taiwan must pass inspections and is therefore safe.

Speaking to reporters before the negotiations, DPP caucus whip Ker Chien-ming （柯建銘） said the ban must be addressed, if China ends the ban first it might challenge Taiwan’s bid to join the Comprehensive and Progressive Agreement for Trans-Pacific Partnership.