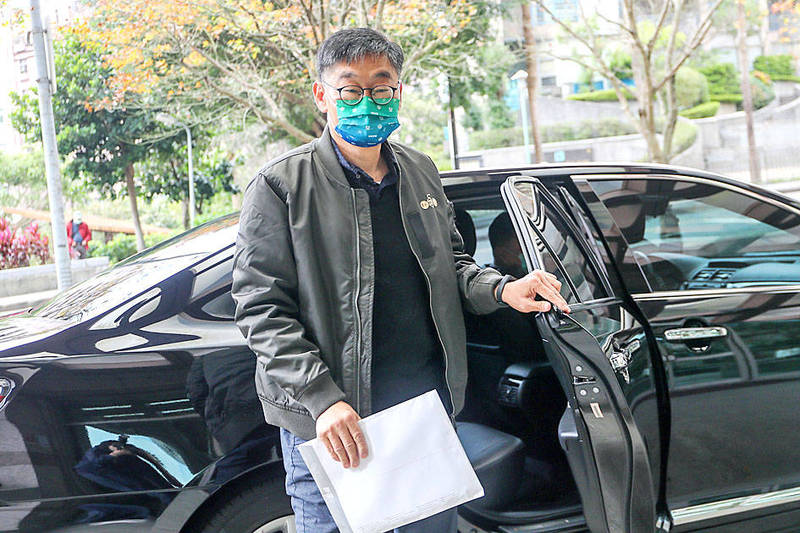 In a statement issued after the meeting, CTS — which is part of the public Taiwan Broadcasting System — said that Chuang would remain in his post until the end of the month, when CTS News Department chief editor Chen Ya-lin （陳雅琳） would take over as acting manager until a permanent successor is found.

Chuang was engulfed in a controversy after the Chinese Nationalist Party （KMT） caucus on Tuesday said that he had threatened to “rough up” the party if it did not retract a motion at a legislative meeting on the government’s budget.

Democratic Progressive Party caucus whip Ker Chien-ming （柯建銘） said he was shocked when hearing that Chuang made the remark in response to the KMT asking CTS to re-evaluate its cooperation with the Taiwan FactCheck Center.

“If someone working in the media does not understand politics, if he really cannot make the cut, he should be replaced,” Ker said.

Chuang held a news conference the following day, denying that he had used the words “rough up.”

That was just the KMT’s interpretation of his statement, he said.

“The KMT’s actions are threatening media freedom and I must defend it,” Chuang added.

During a meeting of all party caucuses at the Legislative Yuan about the government’s budget for this fiscal year, KMT caucus convener Alex Fai （費鴻泰） said: “Chuang must leave his post.”

The KMT would only continue negotiating if Chuang resigns, Fai said.

Ker reacted by saying that the legislature should not interfere with the media.

However, he said that Chuang’s initial remarks were “a very serious matter,” as he had used the channel’s clout to threaten the KMT caucus.

Chuang should be transferred to another position, Ker said.

Premier Su Tseng-chang （蘇貞昌） on Thursday said that while the public broadcaster has the right to choose with whom it works, and that the KMT should not interfere with this liberty, people should restrain themselves more than Chuang did when speaking about the legislature.

Before the board meeting, Chuang wrote on Facebook that he is “leaving when CTS has made its best performance in years.”

It is “the best ending, both for myself and the public,” he wrote.