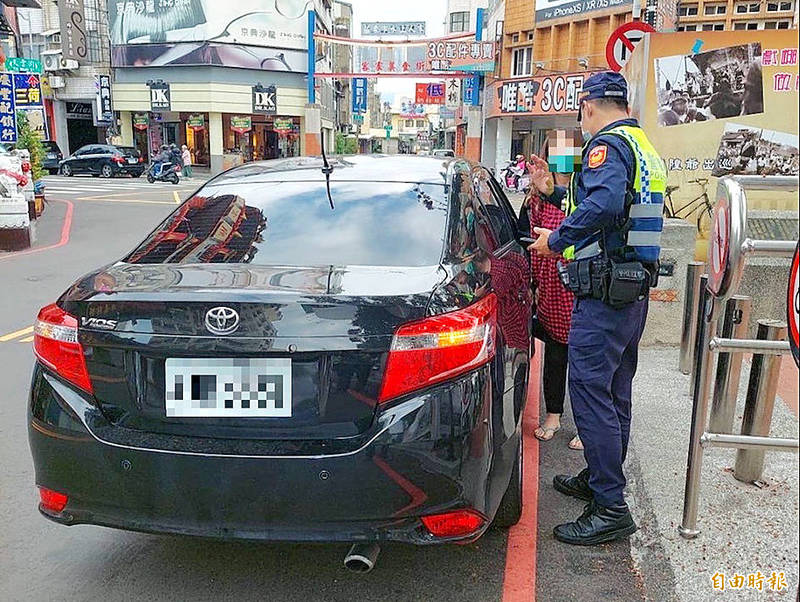 Fewer traffic offenses can be reported by the public under updated regulations passed by the legislature yesterday in response to public and police frustration over excessive reporting.

According to the new rules, only offenses with serious implications for public safety can be reported, such as driving without a helmet or double parking.

Reporting minor infractions, such as parking on road lines, would no longer be permitted.

The number of traffic offenses reported by the public has climbed to an unsustainable volume for police in recent years, many of which are retaliatory.

About one-third of all tickets issued by police last year, or 4.4 million, were reported by citizens.

About 60 percent of these, or 2.23 million, were for parking on a road line marking.

In response, the Legislative Yuan yesterday passed amendments to the Road Traffic Management and Penalty Act （道路交通管理處罰條例） limiting the types of offenses that can be reported.

Now only 46 types of relatively risky infractions that are difficult for police to monitor can be reported.

Moving offenses include leaking or dropping cargo, or emitting a foul odor; driving without a helmet; lighting a cigarette or holding a phone while driving; dangerous driving or transporting dangerous cargo on high-speed roadways; excessive honking or flashing; illegal passing, U-turns or weaving between vehicles; running a red light or railway crossing; and blocking emergency vehicles.

They also cover a limited number of stationary violations, including parking in an intersection, pedestrian crossing or sidewalk.

Parking within 10m of a bus stop or within 5m of an emergency vehicle depot can also be reported, as well as double parking and parking in a priority space.

To prevent excessive reporting, the same vehicle can only be reported once every six minutes and once per block. The existing statute of limitations would remain, with a driver exempted if police fail to issue a ticket within seven days.

The limited list is only meant to ease over-reporting, but does not mean that other infractions cannot be ticketed, Minister of Transportation and Communications Wang Kwo-tsai （王國材） said.