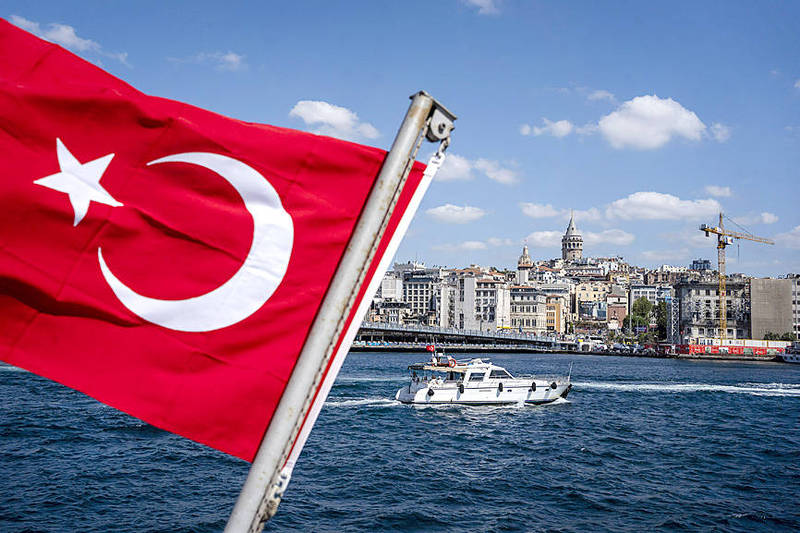 A Turkish national flag is pictured on a passenger ferry in Istanbul, Turkey, on Aug. 16. Photo: Bloomberg

GLOBALLY INVOLVED: Prosecutors in Taichung are reviewing evidence seized in the raid, in which 27 Taiwanese were detained, an official said

State-run TRT Haber TV reported that the raid in the port city of Bodrum was carried out by local authorities assisted by a Taiwanese law enforcement agency.

News site Haberturk.com said that the alleged criminal organization operated from a rented house in the city.

Most of the suspects are Taiwanese, the news site said, adding that they were allegedly involved in international criminal operations.

An image published by the state-run Anadolu Agency showed what appeared to be 23 Republic of China passports displayed next to the logos of the government of Mugla Province.

Taiwanese police officers are reviewing evidence connected to the raid, he said.

Ankara and Taipei have yet to settle on a date to repatriate the suspects, Cho added.