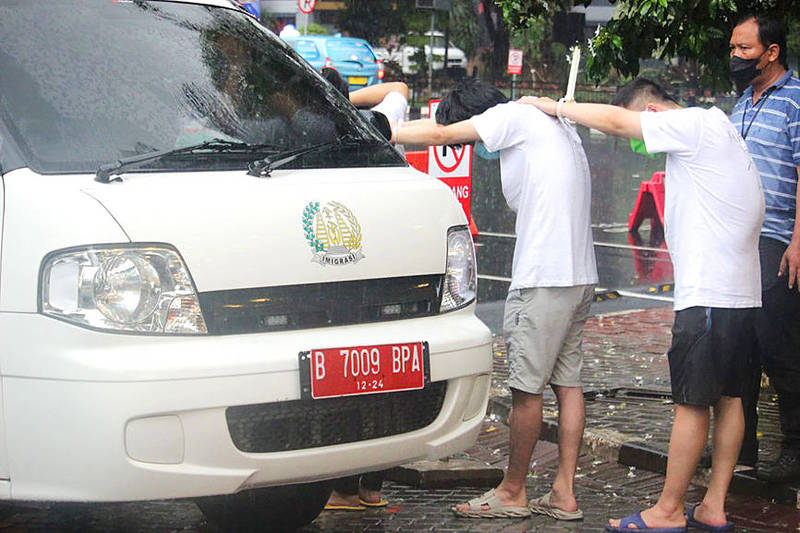 Suspects of cross-border telecom fraud wait next to a van in Jakarta on Saturday. Photo: CNA

Jakarta Police spokesman Yusri Yunus announced the results of the joint operation at a news conference in the Indonesian capital on Saturday, during which the suspects were present with their hands bound.

The suspects established contact with people in Taiwan and China through dating apps and chatted with them through instant messaging apps such as WeChat and Line, Yusri said, citing a police investigation.

They allegedly defrauded four Taiwanese out of more than NT$6 million （US$215,967） through online investment or gaming scams, Yusri said.

The suspects also allegedly blackmailed some of their victims with sexually explicit footage, he said.

Indonesian police said in a statement that the suspects targeted Taiwanese from August to last month, and Chinese last month and this month.