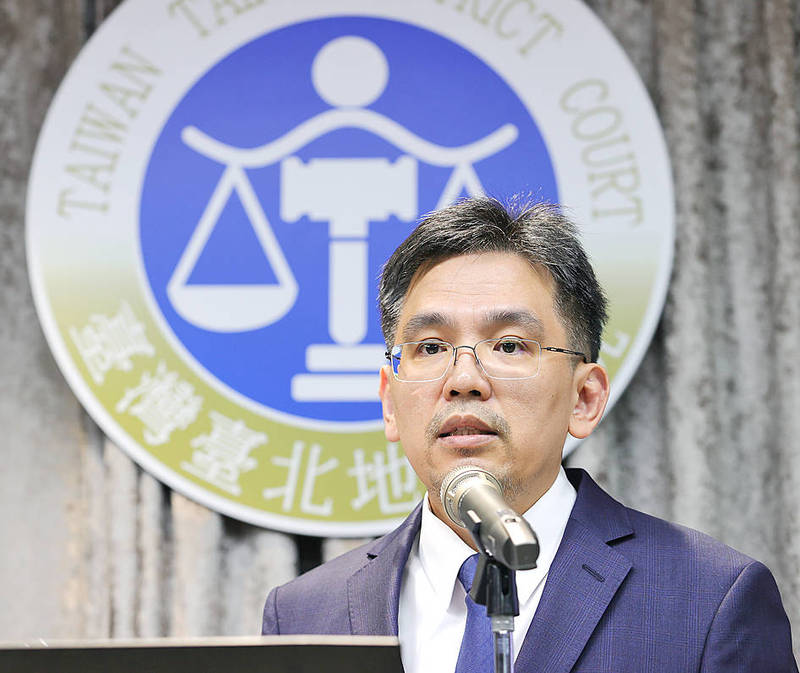 Former president Ma Ying-jeou （馬英九） was yesterday acquitted in the first ruling of a case involving the sale of three media companies by the Chinese Nationalist Party （KMT） that resulted in significant losses, while Ma’s codefendant, former KMT legislator Alex Tsai （蔡正元）, was sentenced to three years and six months in prison.

Prosecutors in 2018 indicted Ma, saying that he was involved in negotiations over the sale of China Television Co （中視）, Broadcasting Corporation of China （中廣） and Central Motion Picture Co （中影）.

Prosecutors said that Ma was involved throughout the negotiations and choose KMT-affiliated buyers to whom the assets were sold at below market value.

The charges against the defendants included embezzlement, breach of trust, money laundering, irregular stock transactions, and contraventions of the Business Entity Accounting Act （商業會計法）, and the Securities and Exchange Act （證券交易法）, among other offenses.

In yesterday’s ruling, the Taipei District Court said that Ma was neither a board member at the firms when held by the KMT, nor at Central Investment Co or Kuang-Hwa Investment Holding （光華投資）, another KMT-owned company involved in the case.

The prosecutors did not prove that Ma ordered the sales with the intent that the buyers benefit from the deflated prices, Chiang said.

However, Tsai was found guilty of embezzlement and contraventions of the Business Entity Accounting Act, Chiang said, adding that he was involved through his company, Apollo Investment Co （阿波羅投資公司）, which helped the KMT find a buyer for Central Motion Picture Co.

Tsai’s wife and her father were not found to be involved, Chiang said.

Tsai’s firm received NT$430 million from the buyer for the KMT media company, of which Tsai directed NT$280 million into his personal account, Chiang said.

The court ordered the confiscation of the sum, and imposed a NT$180,000 fine.

After the ruling, Ma’s office said in a statement: “Ma is grateful for the decision and thanks the judicial system for clearing his name.”

“The government is using the judiciary to engage in political persecution,” the statement added.

Ma’s defense team after the ruling told reporters that the court proved Ma’s innocence, calling on prosecutors not to appeal the ruling.

Tsai said that he would appeal his guilty verdict, calling it “unfair and unlawful.”

Meanwhile, Democratic Progressive Party （DPP） spokeswoman Yen Juo-fang （顏若芳） said that many issues remained unresolved, which had even been acknowledged by the KMT.

“We demand that the KMT explain the truth of what took place,” Yen said.

“The KMT has treated the national treasury as its own party coffers,” Yen said.

Even the father of KMT Chairman Eric Chu （朱立倫） has complained about the irregularities in the sale of the media firms, she added.

Ker said he was anguished when heard the ruling result, " The court did not mete out justice, and I urge prosecutors must launch for appeal, thereby to defend for the society's best interest, and to restore public's trust in the justice system."