《TAIPEI TIMES》 UN must not bow to PRC on Resolution 2758: MOFA 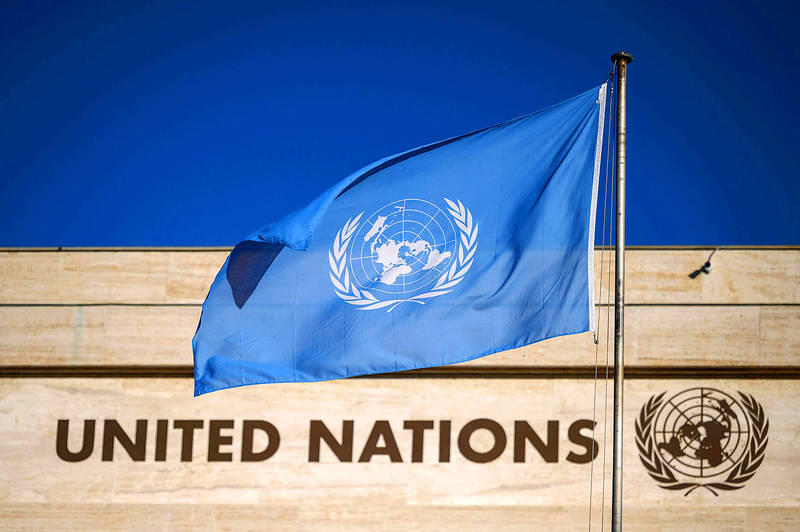 A UN flag flies over the main entrance of the UN’s Palais des Nations building in Geneva, Switzerland, on Sept. 29. Photo: AFP

The Ministry of Foreign Affairs （MOFA） yesterday urged the UN not to yield to China, stressing that UN Resolution 2758 does not say that the People’s Republic of China （PRC） can represent Taiwan.

The ministry issued the remarks as Monday next week marks the 50th anniversary of the resolution, which gave the Repulic of China’s seat in the UN to the PRC.

In the resolution adopted on Oct. 25, 1971, the UN General Assembly decided to “expel forthwith the representatives of Chiang Kai-shek （蔣介石） from the place which they unlawfully occupy at the United Nations and in all the organizations related to it.”

Since then, Taiwan has not been represented at the UN.

The ministry yesterday reiterated that the resolution only deals with the issue of China’s representation in the UN system.

It does not say that Taiwan is part of the PRC, nor does it authorize the PRC to represent the people of Taiwan, the ministry said.

Ministry spokeswoman Joanne Ou （歐江安） said it is regretful that the UN Secretariat has persisted in making incorrect references to the resolution and in expanding a false interpretation that backs Beijing’s assertion that “Taiwan is a province of China.”

Meanwhile, it refuses to allow Taiwanese to enter UN facilities, denies Taiwan the opportunity to engage in UN forums and even rejects applications from Taiwanese media to cover events inside the UN, she said.

The PRC has never governed Taiwan, and does not have the right to represent the people of Taiwan, Ou added.

The ministry urged the UN not bow to China’s political pressure, and not to expand the interpretation of Resolution 2758, which has excluded Taiwan for too long.