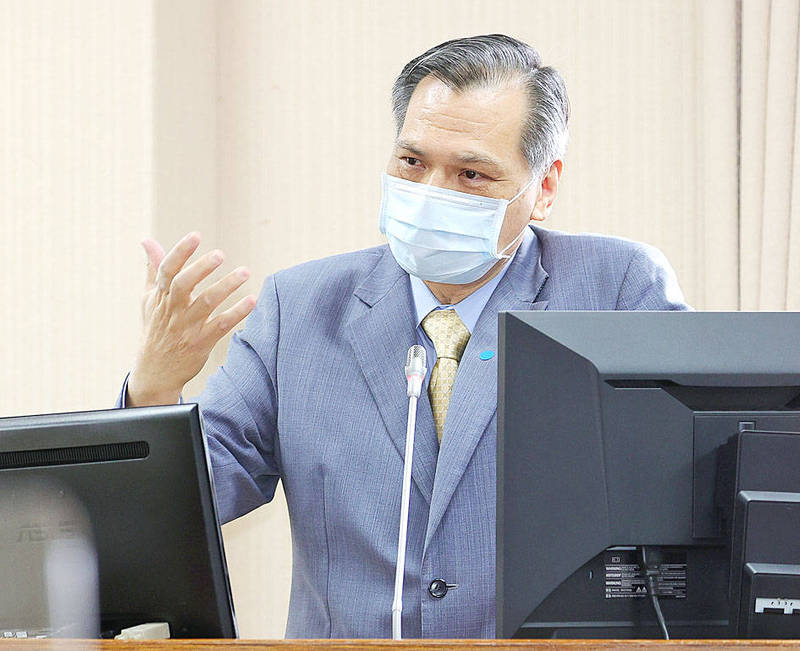 Retired army lieutenant general Chi Lin-liang （季麟連）, who chairs the Chinese Nationalist Party’s （KMT） Huang Fu-shin branch — the party’s veteran affairs organization — told a radio show that any country can fly in the skies over the Pratas Islands （Dongsha Islands, 東沙群島）, which he claimed to be “international airspace.”

“Let them [the warplanes] come through — it’s fine,” he said.

Beijing’s military drills near Taiwan are more frequent than the Ministry of National Defense has disclosed, but they should not be considered harassment of Taiwan, he added.

During yesterday’s legislative session with defense and intelligence officials, DPP Legislator Wang Ting-yu （王定宇） said that Chi abetted China’s psychological warfare against Taiwan and that the Ministry of National Defense’s Political Warfare Bureau should take action against him.

“Such a comment would have been laughable if it came from an ordinary citizen, but not from the mouth of a retired general,” he said, adding that some retired military officers have made remarks about China that appeared to have been “coordinated at a high level.”

Taiwan has laid sovereignty claims to the skies above the Pratas Islands as an extension of the atoll’s land mass, National Security Bureau Director-General Chen Ming-tong （陳明通） told lawmakers.

“Chi’s comment that no nation owns the skies over the Dongsha Islands is absurd to the international community and the nation,” he said.

The bureau is aware that retired generals have echoed the Chinese Communist Party’s statements, he added.