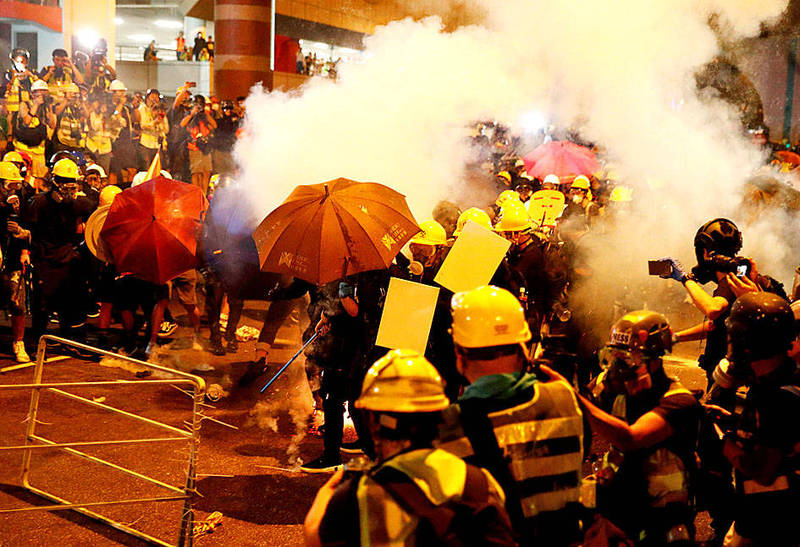 / Staff writer, with Bloomberg and CNA

The Ministry of the Interior on Tuesday announced plans to allow jobseekers from Hong Kong and Macau to extend their residency permit for up to one year, making it easier for people from the territories to stay in Taiwan.

The draft amendments posted on the ministry’s Web site aim to bring regulations governing residency for people from the territories in line with recent changes to the Act for the Recruitment and Employment of Foreign Professionals （外國專業人才延攬及僱用法） promulgated on July 7 to ease barriers to residency for foreign professionals.

According to the draft, people from Hong Kong and Macau who are studying and working in Taiwan would be allowed to extend their residence permits for six months while looking for a job, followed by another six-month extension if needed.

Foreign professionals who have completed an advanced degree in Taiwan could also obtain permanent residency one or two years earlier, depending on whether they have a master’s or doctorate degree.

Currently, applicants for permanent residency must have stayed in Taiwan for at least 183 days each year for five consecutive years after graduation, and prove they have made an average monthly income of at least twice the minimum wage during the final year of that period.

The National Immigration Agency is accepting comments or suggestions about the amendment until Nov. 26.

If passed, the rules could take effect as early as early next year.

The proposals come as Hong Kong authorities expand a crackdown on trade unions, charities, film and professional associations — including for journalists — that engage in what the government deems “political” activities.

Along with the UK, Taiwan has become a favored destination for Hong Kongers.

Hong Kong closed its representative office in Taipei in May and has all but shut down Taiwan’s office in the former British colony.

While President Tsai Ing-wen （蔡英文） has been a vocal advocate of Hong Kong’s pro-democracy protesters, her government has been criticized by advocates who say that Hong Kongers still face too many administrative hurdles when trying to find work and live in Taiwan long-term.