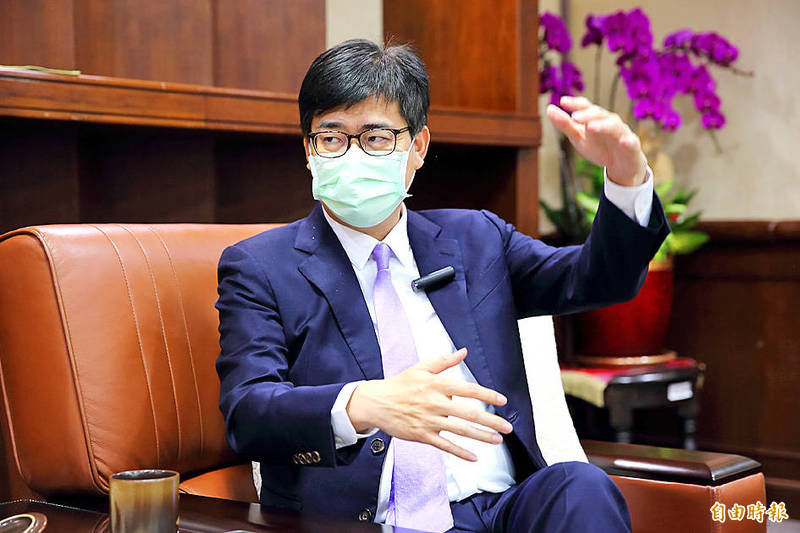 Efforts to improve Kaohsiung’s transportation infrastructure and other measures to retain local talent have drawn significant investment to the city over the past few years, Kaohsiung Mayor Chen Chi-mai （陳其邁） said on Friday.

“The year since I took office has been a race against time, but we have managed to draw lots of investors into the city,” he said in an interview with the Liberty Times （the Taipei Times’ sister newspaper）.

During his time in office, state-run refiner CPC Corp, Taiwan started to process oil from Chad at its Kaohsiung facility and the newly opened Ciaotou Science Park has spurred interest from more than 20 manufacturers, Chen said, adding that the city has been receiving feedback from those businesses on issues to solve.

The Renwu Industrial Park in the city’s Renwu District （仁武） this year held an investors meeting that more than 300 businesses attended, he said, adding that as of July 15, the park had received lease applications from 60 businesses.

Thirteen companies have thus far signed leases, he said, adding that most of them focus on Internet of Things and 5G applications.

“We want these companies to be happy, but at the same time, we also want talented people to stay in the city, so we are constantly upgrading transportation networks that link people’s workplaces and lifestyle places,” he said.

Citing an example, Chen said that there are four stations of the KMRT metro rail system covering metropolitan Kaohsiung near the CPC plant.

The plant is two stops from the city’s high-speed railway station and accessible from the Sun Yat-sen Freeway （Freeway No. 1） and National Freeway 10, he added.