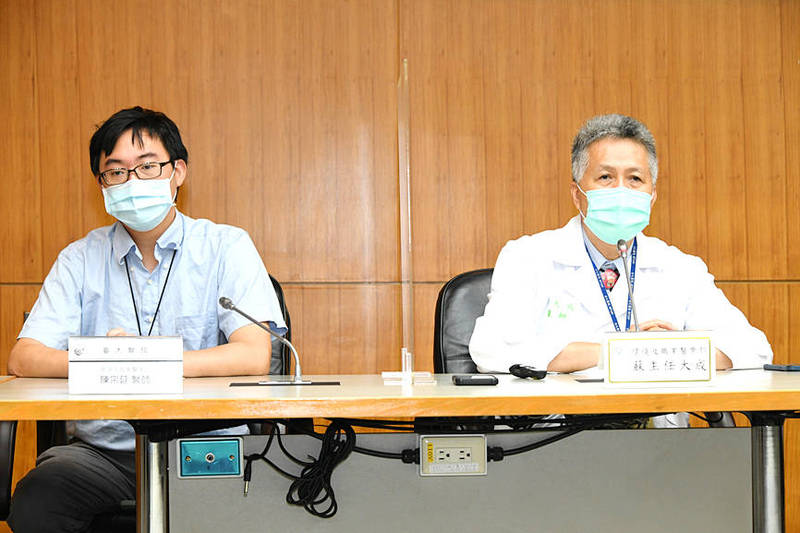 COMPREHENSIVE APPROACH: Using air conditioners for ventilation at restaurants should be done smartly and supplemented with other measures, the academics said

Ventilation at indoor venues is crucial to curbing the spread of COVID-19, medical experts said yesterday, as Taiwan is preparing for eased disease prevention measures.

The Executive Yuan yesterday announced that a nationwide level 3 COVID-19 alert would on Tuesday be lowered to level 2, raising the limits on indoor gatherings to 50 people and to 100 people for outdoor events. Restaurants are allowed to resume dine-in services.

SARS-CoV-2 can be transmitted through aerosols and over a distance greater than 18m if circulation is poor, he said, citing US Centers for Disease Control and Prevention guidelines.

Being in a poorly ventilated room with an infected person for 15 minutes or more would put people at great risk of contracting the virus, he said.

However, the time that virus-laden aerosols remain airborne could be reduced from five minutes to 30 seconds if there is sufficient circulation, Su said, citing a study by University of Amsterdam researchers published in The Lancet.

Venues in South Korea and Guangzhou, China, where mass transmissions occurred had air-conditioning systems that where unsuitable for curbing the spread of the virus, as they blew air downward, back toward the people gathered at the venues, he said, adding that US researchers had detected the virus in air filters of air conditioners in hospitals, he said.

“These reports show that wearing masks and good ventilation are needed to prevent the spread of COVID-19,” he said.

Public places should operate air conditioners and require mask wearing, he said, adding that surfaces that people might touch should be sanitized at least three times per day.

Care facilities that utilized air conditioners as the only means of generating airflow had higher rates of COVID-19 transmission than facilities that additionally left doors and windows open, said Chen Chia-kuan （陳佳?）, an associate professor of public health at NTU, citing his own research.

Airflow should be at least 0.28m3 per second, he said, adding that the WHO recommends that 60 liters of fresh air per person flow into a room at medical facilities.

However, air conditioners should not be turned up too much, as an outflow of 2m3 per second would contribute to the distribution of aerosols, which might then linger in parts of the room with less ventilation, he said.

Fans should be utilized to blow air out of windows and doors, but not ceiling fans, as they might lead to aerosols being trapped inside the room, he said.

Restaurants should arrange socially distanced seating, reduce capacity by half, cracked doors and windows open by at least 10 centimeters, avoid seating people at the center of the dining area, and put fans at the doors and windows, he said.

Even with all of those measures in place, people should limit their time at a restaurant to less than one hour, or ideally 30 minutes, he said.