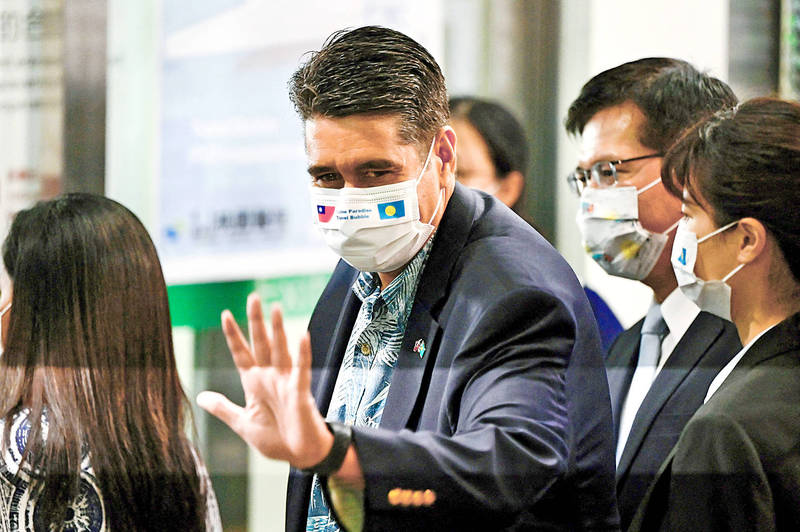 A charter flight to Palau is to take Palauan students, embassy officials and people who underwent medical treatment in Taiwan home on Tuesday to be vaccinated against COVID-19.

The Palauan Island Times on Friday reported that the charter flight was confirmed by Palauan President Surangel Whipps Jr, adding that the flight was initially planned for Monday last week.

The flight would bring 60 passengers to Palau, half of which would return to Taiwan after they get vaccinated, it said.

The students on the flight would be vaccinated at Roman Tmetuchl International Airport upon arrival and return to Taiwan the same day alongside six people seeking medical treatment in the nation, it said.

Palauan Ambassador Dilmei Olkeriil was reported to be among the embassy staff on the flight.

Her office did not respond to queries for comment.

Meanwhile, the Ministry of Foreign Affairs yesterday said that the flight, conducted by China Airlines, was paid for by the Palauan government.

It would depart from Taiwan Taoyuan International Airport on Tuesday morning, it said.

The passenger list was approved by the Palauan government, and all procedures upon arrival would be handled in accordance with Palau’s COVID-19-response regulations, it said, adding that upon return to Taiwan, passengers would be subject to Taiwan’s disease prevention measures.