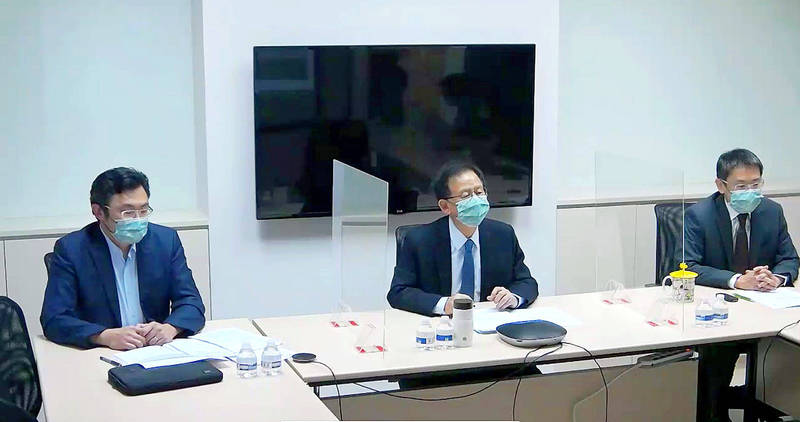 PHASE 2: The firm’s CEO said that the results were good and the experimental vaccine safe, but added that hoped-for phase 3 trials would be expensive

A seroconversion rate is the percentage of participants in a trial displaying virus-specific immune memory after being given a vaccine, while the GMT measures the level of neutralizing antibody response, Medigen said.

No participants have shown severe adverse reactions, it said.

“It would be the regulator that decides if our experimental vaccine has good efficacy, but I personally found the results — the seroconversion rates and the GMT figures — optimistic,” Medigen chief executive officer Charles Chen （陳燦堅） said.

“And it is very safe,” Chen added.

The company will apply to the Food and Drug Administration for emergency use authorization as soon as possible, he said.

However, asked which COVID-19 vaccine developed outside Taiwan that has been granted emergency use authorization Medigen’s experimental vaccine might be compared to, the company said it has not reached a conclusion.

“An estimate needs to be done scientifically. We can conduct an immune-bridging study to compare the antibody levels in people who are given different COVID-19 vaccines, and the WHO is also trying to establish common standards for COVID-19 vaccines,” Medigen head of development Lien Chia-en （連加恩） said.

For example, Medigen’s clinical trial result of a GMT of 662 could be converted into international units （IU） and foreign vaccine developers could do likewise to enable international comparison, Lien said.

“However, this would take some time and other companies have not disclosed their data in IU yet,” he said.

Amid discussions over whether locally developed COVID-19 vaccines would be better than foreign vaccines, Chen and Medigen spokesman Leo Lee （李思賢） said that they are confident in their product and they and their families would get Medigen’s vaccine.

It costs about US$10,000 per participant in phase 3 trials, so the costs would be enormous if Medigen recruited 30,000 participants, Chen said.