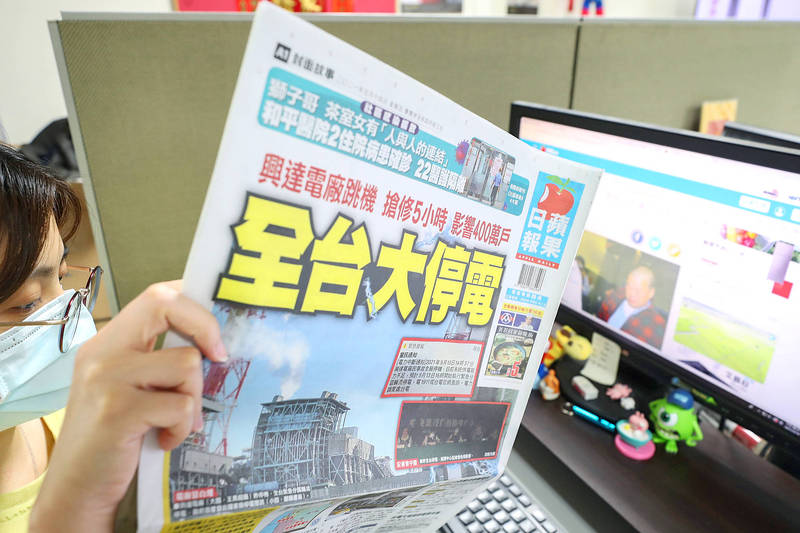 A woman reads a copy of the Apple Daily in an office in Taipei yesterday. Photo: CNA

The final print edition of the Chinese-language Apple Daily in Taiwan is to be published on Monday after 18 years, the newspaper said in a letter to readers posted on its Web site yesterday.

Although the Apple Daily has changed Taiwan’s media environment with its innovative content over the past 18 years, “we were also changed by the media environment,” the newspaper said, citing continuous operating losses as the reason it is ending the print edition.

The company plans to focus on the development of its online Apple News network, according to the letter, which also thanked the paper’s readers for their support since it started publication in Taiwan on May 2, 2003.

“It was a difficult choice to give up the print edition,” it said.

“However, we dare not and will not give up our responsibility as a media firm that speaks for the people, pursues justice and defends democracy and freedom,” the newspaper said.

The online edition of the Apple Daily in Taiwan was launched in April 2019.