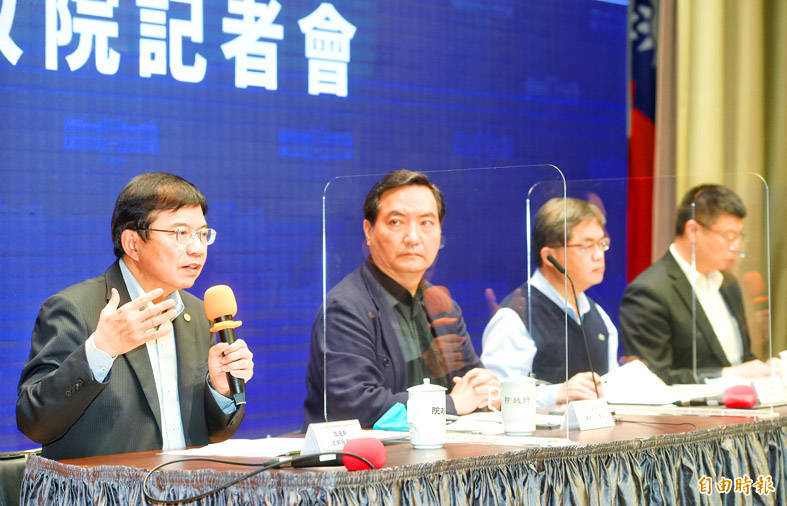 The Executive Yuan yesterday announced measures to improve the safety and stability of the Taiwan Railways Administration’s （TRA） service and change its business model.

The government has pledged to reform the nation’s oldest and largest railway agency since the Taroko Express No. 408 derailment on April 2, which killed 49 people and injured 244.

In a Cabinet meeting earlier yesterday — which was attended by officials from the Ministry of Transportation and Communications; the Ministry of Finance; the National Development Council; the Public Construction Commission; the Directorate-General of Personnel Administration; and Directorate-General of Budget, Accounting and Statistics — Premier Su Tseng-chang （蘇貞昌） was briefed on key measures to be implemented.

Su has prioritized safety, stability and transformation as the government seeks to reform the railway agency, the Executive Yuan said in a statement following the three-hour meeting.

To enhance TRA safety, Su has suspended 204 temporary track projects across the nation as the Railway Bureau conducts a comprehensive inspection, it said.

Construction would only resume after the bureau finds that all sites are safe and that the necessary regulations are in place to keep them safe, it said, adding that the bureau would manage the TRA’s railway construction projects.

The TRA is to set up operational centers in northern, central, eastern and southern Taiwan to oversee the integration of its electrical engineering, rolling stock, construction and transportation departments, the Executive Yuan said.

All slope containment projects along the TRA’s tracks would be thoroughly inspected to ensure that the safety measures in place could prevent foreign objects from blocking the tracks, it said, adding that the TRA could freely access any state-owned property to make slopes safe.

Artificial intelligence would be used to monitor workers’ access to construction sites and ensure their safety, it said, adding that construction site supervisors would be given handheld radios to quickly contact the railway agency in an emergency.

“The TRA should be responsible for the safety of construction sites and not leave the responsibility to the contractors,” it said. “There should also be a mechanism to ensure that contractors strictly follow safety regulations.”

Su was quoted as saying that the TRA has accumulated massive debt over the years, as it has been tasked by the government to serve remote areas, which are less profitable routes.

“The government will become responsible for the agency’s debt. Construction costs on projects that don’t pay for themselves and the agency’s annual pension fund payment, as well as certain interest payments, are also to be paid by the government,” the statement said.

Government officials and outside experts would work together on the possibility of turning the TRA into a state-run corporation, the statement added.