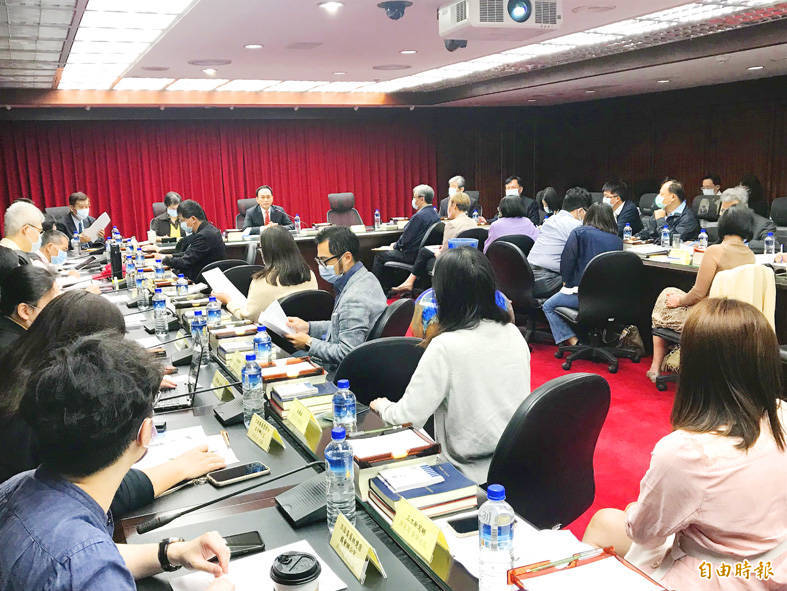 The public’s erroneous expectation that news be provided free of charge should be corrected, a representative of the Taipei Newspapers Association said yesterday, recommending that the government play a role in guiding such a transition.

Association secretary-general and Commercial Times deputy general manager Chen Chih-kuang （陳志光） made the remark at a forum held by the Fair Trade Commission in Taipei on digital platforms and online advertising.

Due to the influence of digital platforms, readers have come to believe that reading news for free should be the norm, but this could be changed with assistance from the government, Chen said.

Taiwan should join the debate surrounding Australia’s controversial News Media Bargaining Code, which requires large platforms to pay media outlets for the content provided on their sites, he said.

The association in a statement said that over the past 20 years, Facebook and Google have been benefiting from the free media furnished by local providers, severely damaging the development of the industry.

The Australian law is just the start to reconciling the two, it said, adding that the government must respond to keep up with the times.

First, the public’s erroneous expectation that news should be provided free of charge must be corrected so that media businesses can get back on track, it said.

The Australian model has set a benchmark for how the government could help local media negotiate and keep up with the new “news for pay” standard, it added.

Second, the nation must find a way to join transnational negotiations to better understand other countries’ rapidly changing approaches toward anti-monopolistic legislation, the association said.

Third, the nation must not undervalue itself, it said.

Taiwan has nearly the same population as Australia and is far more influential in the Internet technology field, it said.

Since Canberra was the first to pass legislation, it has become a leader in the global pushback against tech monopolies, to be followed by Canada, the UK, the EU, India and other nations, it said, adding that Taiwan must not stay on the sidelines.

Fourth, Taiwan is the most important region for the production of Chinese-language news media, and therefore has significant bargaining power over Google and Facebook, the association said.

The government should adopt the collective bargaining tactics of Australia, Canada and other nations, and work with the nation’s media associations to speak with a unified voice, it said.

Fifth, by promoting legislation inspired by the Australian law, it could ensure the continued development of the nation’s dynamic traditional media landscape, it added.

Last, even with its peripheral standing in the English-language media market, Australia has managed to gain global influence by using the leverage afforded by the government and industry to seize the chance provided by changes in the industry, while also supporting local businesses transition into the next online era, it said.

This foresight could serve as an example to Taiwan moving forward, the association added.