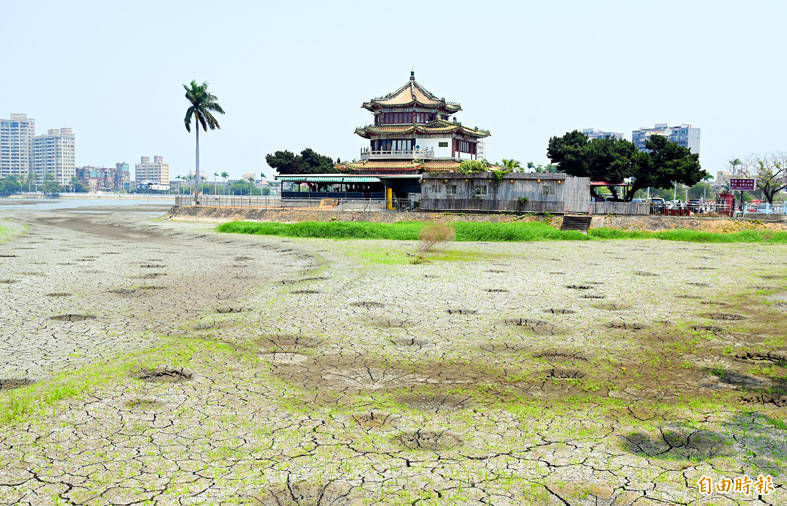 ‘DRIER ATMOSPHERE’: Peng Chi-ming, chief executive of WeatherRisk Explore, said the storm has a low chance of coming close due to a weak Pacific high-pressure system

While the second tropical storm of the year could form to the south of Guam this week, it has little chance of affecting Taiwan and would not alleviate the water shortage in central and southern Taiwan, meteorologists said.

The Central Weather Bureau on Sunday forecast that Tropical Storm Surigae could form as soon as tomorrow.

A tropical storm in the northwest Pacific could ease the water shortage.

Residents of Taichung as well as Hsinchu, Miaoli and Changhua counties have been under a water rationing system since Tuesday last week.

A simulation run by the US National Weather Service’s Global Forecast System has shown that Surigae would first move to the west of Guam before slowly turning north and northeast, former bureau Weather Forecast Center director Daniel Wu （吳德榮） wrote in his online column yesterday.

However, simulations run by the European Center for Medium-Range Weather Forecasts showed that the storm would probably not form until Thursday and would start turning north as it comes close to the east coast of the Philippines, he said.

Both agencies projected Surigae to follow one of the most typical paths for tropical storms or typhoons that form in April, which is to make a wide turn near the east coast of Taiwan, Wu said.

“The storm would not threaten Taiwan, nor is there the possibility that it would relieve the water shortage facing the country,” he added.

Peng Chi-ming （彭啟明）, chief executive of WeatherRisk Explore Inc, said that the storm has a low chance of coming close to Taiwan, as there is a weak Pacific high-pressure system.

“Because of the northeast monsoon and cold high-pressure systems in the north, storms that form this month do not survive by the time they are near Taiwan. However, they strengthen the northeast monsoon, which prevents the arrival of spring rain fronts and formations of afternoon thundershower cells,” Peng said, adding that this would not help relieve the water shortage.

“I am afraid we are looking at a relatively drier atmosphere from now until mid-May. While rain fronts might still come from time to time during this period, they would at best bring isolated showers to the northern and northeastern regions,” he added.