《TAIPEI TIMES》 Local vaccines could be made in July: minister 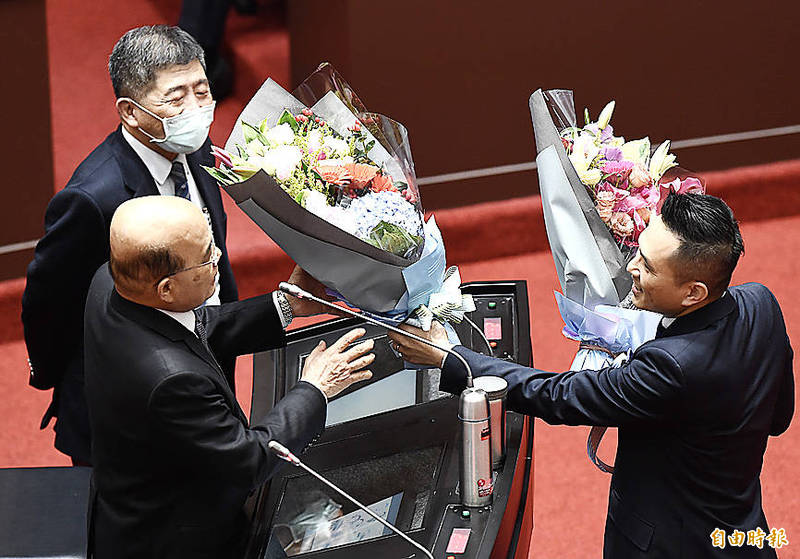 SETTING AN EXAMPLE: If the public was hesitant in taking the AstraZeneca shot, the president and health minister would volunteer to demonstrate, Chen said

Speaking to reporters before a legislative hearing in Taipei, Chen said that Taiwanese vaccines could hopefully enter production in July at the earliest.

Medigen in January said it planned to recruit at least 3,700 participants for trials, while working with 11 hospitals, on its vaccine, MVC-COV1901, which was developed with the US National Institutes of Health.

The company received NT$1.7 million （US$60,122） in government subsidies for its phase 1 trials and was to receive another NT$300 million for its phase 2 trials.

United Biomedical in late January said it would recruit 3,850 volunteers for phase 2 trials of its vaccine candidate, UB-612, a multitope protein/peptide-based vaccine.

Asked whether President Tsai Ing-wen （蔡英文）, Premier Su Tseng-chang （蘇貞昌） and Chen would be among the first to receive the AstraZeneca COVID-19 vaccine, Chen said that if there is any public hesitancy, they would be willing to volunteer to demonstrate the safety of the vaccine to those concerned about side effects.

However, Chen said he hoped that the vaccination program would proceed in accordance with the government’s priority list.

The minister’s comments came after 117,000 doses of the AstraZeneca COVID-19 vaccine, purchased directly from the company, arrived in Taiwan on Wednesday.

To date, Taiwan has recorded 960 cases of COVID-19, 844 of which have been classified as imported. Of the total, 928 people have recovered, nine have died, and 23 are in hospital, according to CECC statistics.