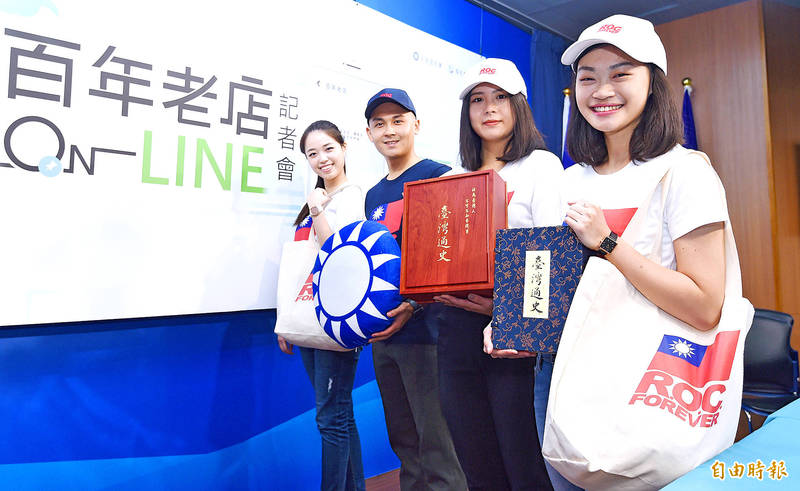 The Chinese Nationalist Party （KMT） is this year setting its sights on young, moderate voters by focusing on policy issues such as animal protection and housing, and offering trendy merchandise, the party’s youth director said on Saturday last week.

This year, the party is to target people without such ingrained ideologies through methods that would better appeal to them, Chen said, adding that the strategy is showing initial success.

The first half of last year was the toughest for the KMT, especially among young people, whose support for the party fell to single-digit percentage points, Chen said.

The KMT has worked to bring young supporters back into the fold, he said, adding that it largely met that goal by the end of the year.

This year, to attract moderate voters, the party needs to adopt a more policy-centric approach, he said.

It is launching a “youth think tank,” which is to focus on a few key issues, such as animal protection, housing, diversity, higher education, creative opportunities and public employment, he said.

Eventually, the youth wing is to also attach greater importance to labor rights, he added.

Another task for the department is to design merchandise, Chen said.

The party has sold a few hundred thousand New Taiwan dollars of merchandise since setting up an online shopping portal in November last year, he said.

Although most of the income is turned over to the KMT Administration and Management Committee, 40 percent is earmarked for the youth department, he added.

Last year, 3,545 people aged 20 to 29 joined the KMT, while support for the party among young people rose to 14 percent, Chen said, adding that it is already closing the gap with the Democratic Progressive Party.

This should start with systematizing talent selection to help young people obtain party titles, such as deputy director or spokesperson, he said.

The party should then increase their media exposure and help them manage fan pages, so that even if they leave after a year, they would still have the resources to maintain a public presence, he added.

No matter where they go on to work, these people could serve as a voice for the pan-blue camp, as well as capable policy researchers, he said.

However, many young pan-blue supporters are not enthusiastic about working in politics due to the party’s opaque promotion system, he added.