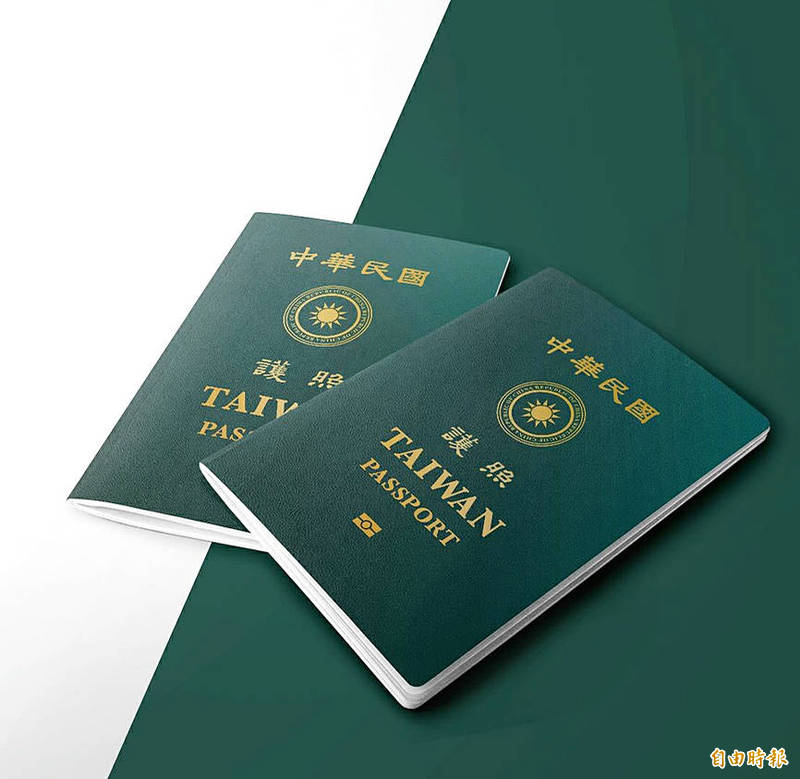 Samples of the design for the new Republic of China （ROC） passports, with an enlarged font for the word “Taiwan,” are pictured in Taipei on Sept. 4. Photo: Su Chin-fong, Taipei Times

Passports with a redesigned cover highlighting Taiwan would be issued starting on Jan. 11, the Ministry of Foreign Affairs said yesterday.

The new cover design, which was announced on Sept. 2, highlights Taiwan by printing the word in a larger font.

While the new passport cover retains “the Republic of China” in Chinese, the English name is printed along the outer circle of the national emblem, which would enable other nations to clearly identify that it is a Taiwanese passport, not a Chinese passport, the ministry said.

The costs and application procedures for the new version are the same as previous editions — NT$1,300 for citizens aged 14 and older and NT$900 for children under 14 — and applications can be made domestically or overseas, the ministry said.

Taiwanese can continue using their current passports until they expire, but they can also apply for a new passport if they wish, it added.

People submitting applications on Jan. 11 at the Bureau of Consular Affairs in Taipei or the ministry’s offices in central, southern, eastern and southwestern Taiwan would receive a small gift, the ministry said.

The first 100 people to file applications before noon on Jan. 11 would also qualify for a prize draw, with the winners to be chosen through a computer algorithm and announced that same day, the ministry said.

The nation’s embassies and representative offices around the world would inform the International Air Transport Association, as well as airlines, airports, and customs and immigration authorities in the countries where they are located to grant access to holders of new passports, it added.