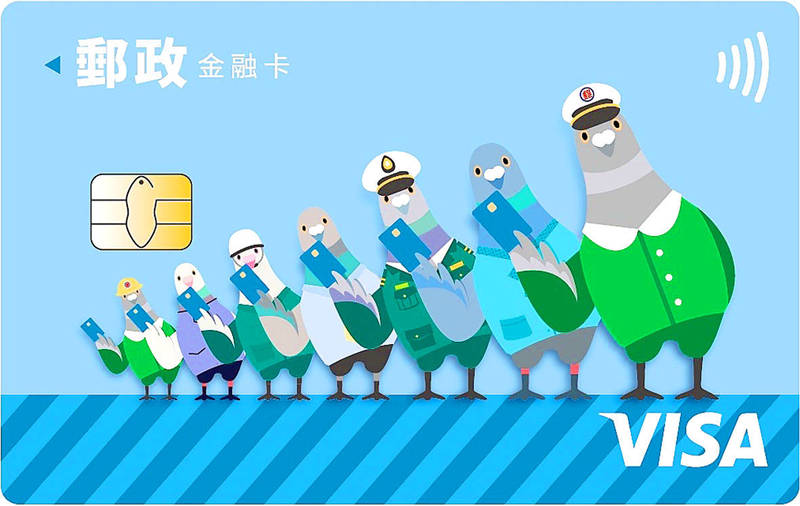 Chunghwa Post is today to launch a co-branded Visa debit card with EasyCard Corp that also functions as an EasyCard, enabling cardholders to use it to ride public buses and rail systems nationwide, as well as pay for items at convenience stores and supermarkets.

This is the first time that the postal company has launched a co-branded card with a different business.

When paying for items, cardholders can choose to pay with the money stored in the EasyCard account or with the Visa debit card, with both accounts being linked to their Chunghwa Post checking or savings accounts, it said.

Cardholders can adjust the card’s settings so that NT$500 or more would be automatically added to their EasyCard account if it does not contain enough funds to pay for transportation or items they want to buy, the postal company said.

However, if their postal savings or checking account has less than NT$100 in it they can still add funds to their EasyCard using the machines at MRT stations, it said.

Chunghwa Post said that it hoped that the co-branded cards would increase its number of Visa debit card users, which has grown slowly over the past 10 years.

Statistics from the postal company showed that it has about 4.13 million Visa debit card holders since it launched the card in September 2009.

From Jan. 16, the company’s other debit card holders can use their card to pay for fares on the Kaohsiung MRT system and the Taoyuan Airport MRT line.