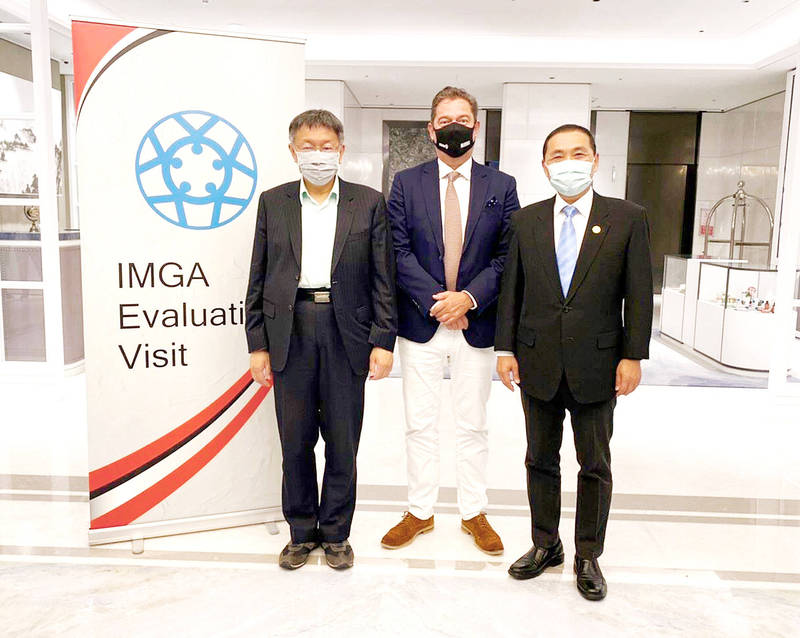 MULTI-SPORTS EVENT: About 15,000 athletes from 110 countries are expected to take part in the competitions to be held in May 2025, a New Taipei City official said

Taipei and New Taipei City were on Wednesday chosen to jointly host the 2025 World Masters Games, defeating bids by Paris and Perth, Australia, to host the multi-sports event aimed at athletes of all abilities mostly over the age of 35.

The Games are held every four years, with the next edition to be hosted in Japan’s Kansai region.

Taipei Deputy Mayor Tsai Ping-kun （蔡炳坤） said that the board of the International Masters Games Association （IMGA） communicated its decision via video conference.

Tsai said that the key to the winning bid was Taiwan successfully containing its outbreak of COVID-19.

IMGA president Kai Holm on Wednesday last week met with the cities’ mayors, who assured him that they were determined to host the Games, Tsai said, adding that Holm’s visit made Taiwan stand out from its competitors.

“We also showed the committee that we have experience after hosting the 2017 Summer Universiade. I believe that this also assured Holm that we are capable of hosting another large sports event,” he added.

The event is to be held from May 17 to 30, 2025, Tsai said, adding that some competitions would also be held in Taoyuan, and Hsinchu and Yilan counties. Tsai said that 70 venues were chosen to host the competitions in 32 sports and 14 others as training facilities for athletes. Of these 84 venues, 29 were also used in 2017, he added.

A total of 210 people in the host cities would be employed to prepare the Games, and 40,000 additional people would be needed during the two-week event, including 30,000 stationed at sports facilities, 4,500 staff members and professionals adjudicating the competitions, and 6,000 volunteers, he said.

“There are 1,694 hotels in Taipei, New Taipei City, Hsinchu and Yilan, with 70,388 rooms, enough to accommodate athletes and their families,” Tsai said.

About 15,000 athletes from 110 countries are expected to compete, Tsai said, adding that the event would boost the tourism industry.

The budget estimate for the event would be about NT$1.6 billion （US$55.36 million）, with 40 percent coming from the central government and 60 percent from local governments, Tsai said, adding that the host cities are still to discuss how to divide the costs.

Asked if China had interfered during the selection process, Taipei Department of Sports Commissioner Li Tsai-li （李再立） said that cities rather than countries were behind the applications, and the chance of political interferences was low.