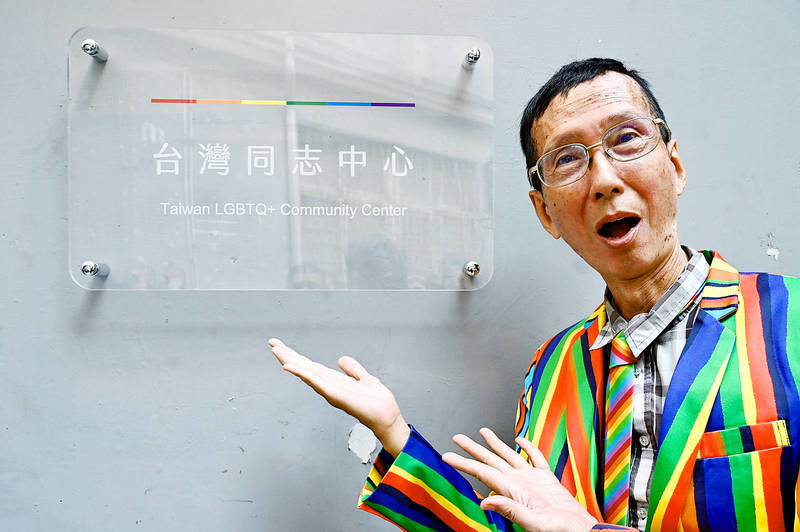 President Tsai ing-wen （蔡英文） and Taiwanese gay rights advocate Chi Chia-wei （祁家威） have been included in Time magazine’s list of the 100 most influential people in the world this year. It was released on Tuesday.

In an introduction on Tsai, US Senator Ted Cruz praised her as “a signal lamp casting out China’s looming shadow, conveying to the world that Taiwan will not acquiesce to the Chinese Communist Party.”

“While Taiwan stands a mere 100 miles [161km] from mainland China, under President Tsai’s leadership, it is neither adrift, nor drawn in,” Cruz wrote.

“Freedom is its North Star, which has been clear in the midst of the COVID-19 pandemic. Taiwan has proved that the virus can be controlled — without emulating China’s drastic policies,” he wrote.

Cruz said some cynics have claimed that Taiwan “was too small and too isolated to stand up against China’s regional ambitions,” but “President Tsai stood tall.”

It is the second time Tsai has been named by the magazine as one of the world’s 100 most influential people. Tsai made the list in 2016.

Presidential Office spokesman Xavier Chang （張惇涵） thanked Cruz for the introduction to Tsai, adding that the US politician has been a long-term supporter of Taiwan and the nation’s participation in international organizations.

Tsai’s inclusion on the list is the whole country’s achievement and not hers alone, Chang said.

The president thanked everyone in Taiwan for their efforts in combating COVID-19, he said.

Chi, a gay rights advocate and one of the petitioners who brought the case to legalize same-sex marriage to Taiwan’s Constitutional Court, is also included on the list.

In an introduction to Chi written by Tsai, the president praised Chi as a leader of Taiwan’s LGBTQ community and “a symbol of hope to the next generation, the living embodiment of the idea that it truly does get better.”

“He began advocating for marriage equality decades ago, at a time when civic advocacy could serve as grounds for imprisonment in Taiwan. Despite the danger, he repeatedly brought his case for equal rights to the courts, and his persistence led to the Grand Justices’ constitutional interpretation ruling that required the government to legalize same-sex marriage, which took effect in 2019,” Tsai wrote.

“Through the years, Chi has stood tall against immense prejudice with his larger-than-life courage. I’m confident that Chi will light the way to a future where everyone deserves to love and be loved,” Tsai said.

Chi thanked Tsai for her words and said he was honored to be included in the list together with her.

Time magazine’s annual list is made up of 100 of the year’s most influential leaders, artists, icons, titans and pioneers.

President Tsai Ing-wen, who also serves as chairperson of the Democratic Progressive Party, waves to reporters at the party’s headquarters in Taipei yesterday before attending a meeting of the party’s Central Standing Committee. Photo: CNA