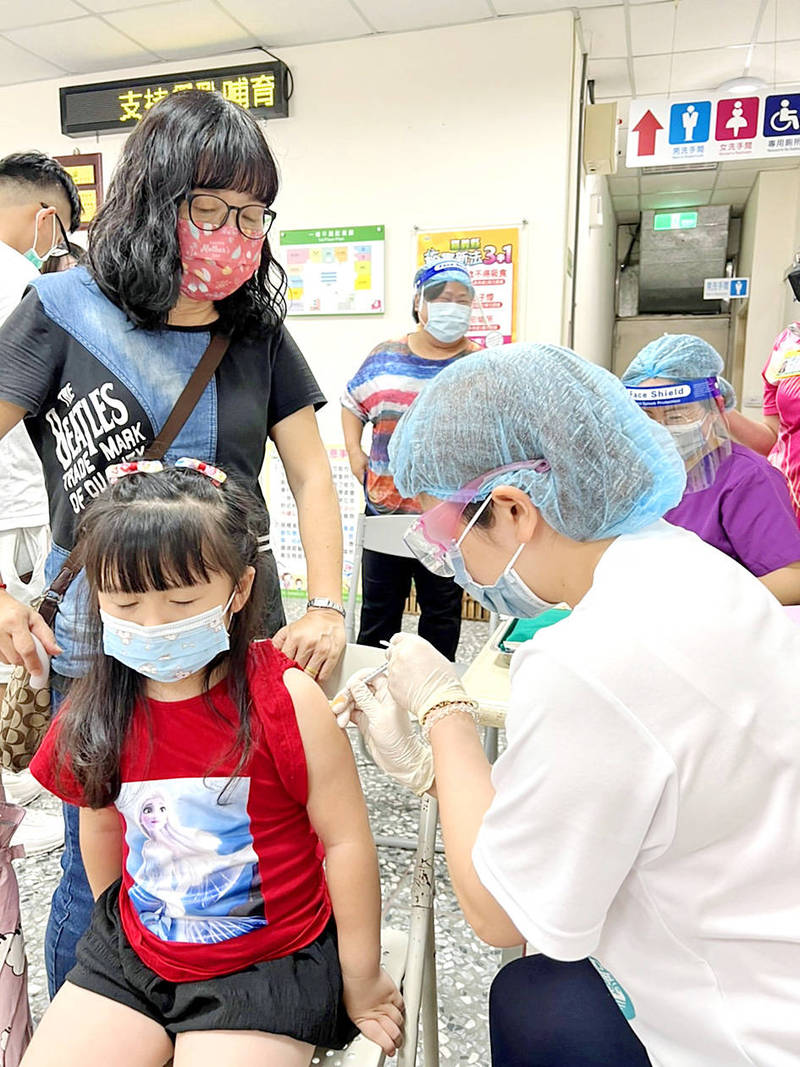 A health worker administers a COVID-19 vaccine to a child in Chiayi County yesterday. Photo courtesy of Chiayi County Government via CNA

Five hundred days after being infected with COVID-19, only 30 percent of 260 people studied retained a sufficient number of antibodies to protect them from future infections, a study commissioned by the Centers for Disease Control found.

Of the 30 percent, those with the highest number of antibodies had either been vaccinated after recovering from the disease, or had experienced severe symptoms, the centers said, adding that based on the findings, it recommends that people who have had COVID-19 still get vaccinated.

Wu Chun-chung （吳俊忠）, who heads National Yang Ming Chiao Tung University’s Department of Biotechnology and Labratory Science in Medicine, on Sunday said that the research team used antibody tests from Swiss pharmaceuticals company Roche Holding AG to test 487 samples for antibodies, while another 376 samples were sent to Academia Sinica to be tested for neutralizing antibodies.

The number of people in Taiwan who had COVID-19 was low when the team began its study, so many of those included in the data were added after May last year, Wu said.

Whether subjects in the study continued to participate after one year, whether their samples were kept by the hospitals where they were originally treated and other factors affected the quantity of data the team had access to, he said.

“The globally agreed-upon standard is that 45.97 international units per milliliter of blood is enough neutralizing antibodies to offer protection against COVID-19,” Wu said. “In our study, about 30 percent of the subjects had this level of protection 500 days after recovery from the disease.”

The team also considered other factors such as body mass index, gender, age, living environment and whether the subject was a smoker, he said, adding that generally those who experienced more severe COVID-19 symptoms retained a greater number of antibodies.

Although the majority of the subjects tested had been infected with earlier variants of SARS-CoV-2, the antibodies they retained still provide some protection against the Omicron variant of SARS-CoV-2, Wu said.

However, in terms of antibodies retained following vaccination, the team is continuing its research, as the subjects in the study had mostly been vaccinated with the same brand of vaccine, and had mostly only had only one shot, he said.