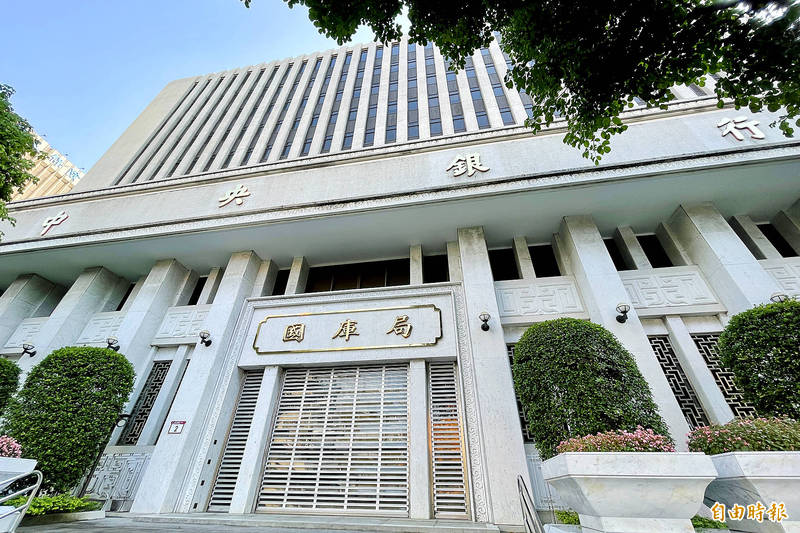 The nation’s monetary policymaker held back on more selective credit controls, saying that real-estate lending has eased and the policy mix would prove more effective in cooling inflationary expectations.

“It is a tough decision arising from a complicated situation,” Governor Yang Chin-long （楊金龍） told an online news conference, referring to persistent inflationary pressures and the service sector taking another hard hit amid spiking COVID-19 infections.

The required reserve ratio increase would take NT$120 billion （US$4.04 billion） out of circulation, Yang said.

The central bank introduced similar measures before the global financial crisis in 2008, when oil prices soared to US$145 a barrel, he added.

The central bank also trimmed its forecast for the nation’s economic growth this year from 4.05 percent to 3.75 percent, Yang said.

Effective today, the rediscount rate is to rise 1.375 percent to 1.5 percent, while the new required reserve ratio is to take effect on July 1.

The central bank also raised its consumer price index （CPI） growth forecast from 2.37 percent to 2.83 percent for this year.

Yang said that inflationary pressure was “controllable” even if things fail to improve much for the rest of the year.

The governor attributed the weak local currency to selloffs of local shares by foreign institutional investors, instead of a widening interest rate gap between Taiwan and the US.

The TAIEX is closely linked to US tech shares, as Taiwan is home to the world’s largest chipmaker, he said.

The US Federal Reserve has not yet restored its policy rates to the levels before the COVID-19 pandemic, but Taiwan already did in March and would press ahead with its own monetary policy agenda, Yang said.

A 5 percent decline in the New Taiwan dollar against the greenback would lift the CPI by 0.25 percentage points at most, he said.

For global inflation to stabilize, the US needs to end supply chain bottlenecks by modernizing its port infrastructure, and help resolve the military conflict between Russia and Ukraine, Yang said.

The chances of a financial crisis in the US are low, despite the drastic pace of rate hikes, the governor said.

However, the central bank would convene extraordinary policy meetings in the run-up to the next one in September, if necessary, Yang said.