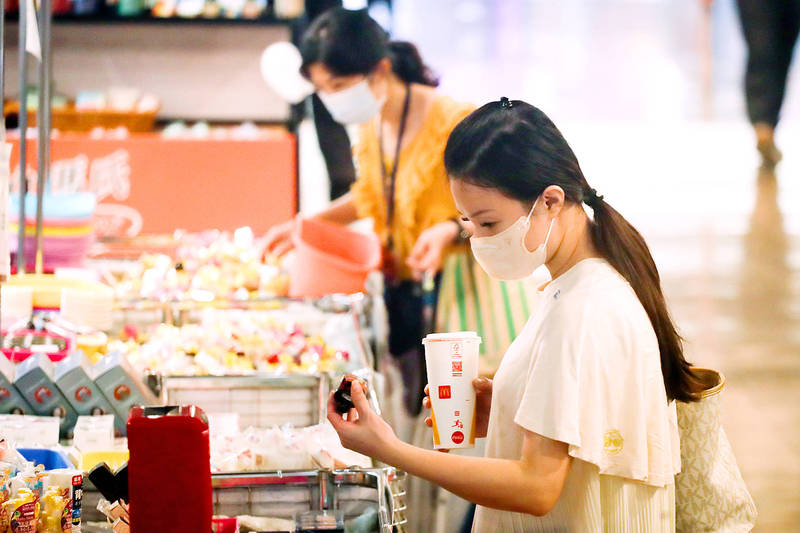 The inflation gauge rose above 3 percent for the third consecutive month, which is likely to motivate the central bank to raise interest rates on Thursday next week, when the monetary policymaker is due to review its policy.

If the weather stabilizes this month, food supplies should return to normal and reduce the pace of price increases, Tsao said.

However, the CPI for this month would mostly likely also exceed 3 percent, he said.

The price of vegetables, fruit and fishery products surged 22.12 percent, 16.55 percent and 7.23 percent respectively, he said.

Dining costs rose 5.8 percent, an uptrend that is likely to gain momentum until it peaks next quarter, as people tend to feel more of a pinch than reality warrants, he added.

The cost of transportation and communications, a key price driver since Russia’s invasion of Ukraine, rose 4.59 percent due to a 12.62 percent increase in fuel prices, the DGBAS said.

The price of communications equipment fell 3.31 percent, mitigating the upswing a bit, the agency said.

Core CPI, a more reliable long-term price tracker because it excludes items with volatile prices, rose 2.6 percent, up from a revised 2.53 percent a month earlier and above the central bank’s target of 2 percent.

The wholesale price index （WPI）, a measure of commercial production costs, rose 16.6 percent, from a revised 15.5 percent increase in April, which is expected to squeeze companies’ profit margins unless they can pass extra costs on to clients or consumers.

In the first five months of the year, the CPI advanced 3.04 percent, while the WPI increased 14 percent, the DGBAS said.