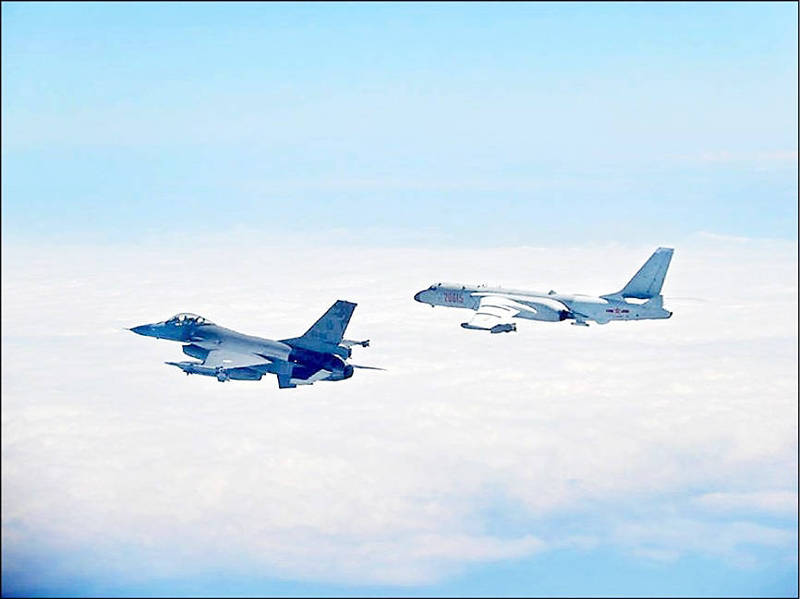 DOUBLE AGENDA: The National Security Bureau said Beijing is trying to defeat containment by Washington, but without giving up its opportunities to collaborate

The National Security Bureau made the remarks in a report it sent to the Legislative Yuan’s Foreign Affairs and National Defense Committee ahead of a session scheduled for tomorrow.

China is taking a hardline approach to sovereignty and human rights disputes, a line of action that would put more pressure on Taiwan and its neighbors, the bureau said.

Beijing’s attitude is seen in its expansionist moves in disputed waters of the Indo-Pacific, its obstinacy over human rights issues in Hong Kong and Xinjiang, and the nationalist tune of its internal propaganda, it said.

China is “clashing fiercely” with the US in a bid to defeat its containment, but without giving up opportunities to collaborate on other issues, it said.

At the same time, Chinese Minister of Foreign Affairs Wang Yi （王毅） is touring foreign countries with the aim of using personal diplomacy to undermine a US-built alliance, the bureau said.

Protracted US-China competition would engender unpredictability in the development of regional and global affairs, it said.

Confronted with this prospect, East Asian countries are likely to adopt “agenda-oriented diplomacy,” it said.

This means collaborating with the US or China issue-by-issue with an aim to reduce tensions, increase diplomatic flexibility and protect their own interests, it said.

The importance of peace across the Taiwan Strait and Taiwan’s strategic value are increasingly recognized by the US, Japan and other powerful countries, the bureau said.

As a result, Taiwan should enjoy greater international support, it said.

China’s passage of a law empowering coast guard ships to fire on foreign vessels has led to a global backlash, with Japan and ASEAN members increasing patrols in disputed waters, it added.

The US and European countries are conducting freedom of navigation operations, and India might be brought in as an ally, it said.

These actions have increased the risk of mishaps and conflict, and should be deemed a concerning factor to Taiwan’s security, the bureau said.

《TAIPEI TIMES》 Medigen not acceptable for U…