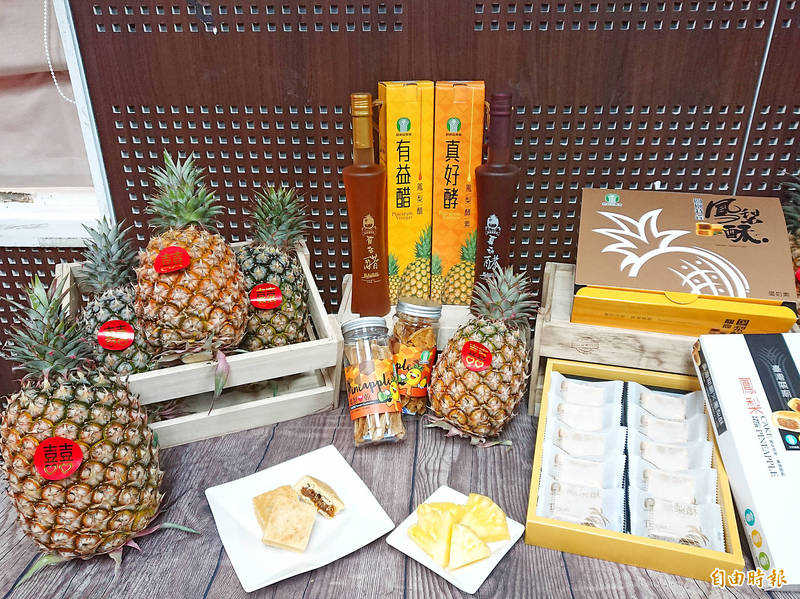 China on Friday announced that it would suspend pineapple imports from Taiwan starting tomorrow, saying that various types of mealybugs were found in several batches of fresh pineapples bought from the nation last year.

Taiwanese farmers expressed anger and disappointment over the decision.

The council said it had dealt with the pests after China notified it of their discovery in 13 batches of pineapples sent between March and May last year.

It had not received reports of the pests since new measures took effect on Oct. 19, it said.

Excluding the 13 batches, 99.79 percent of the pineapples sent to China since last year have met Chinese import standards, it added.

Following China’s import ban, government officials called on Taiwanese to support the nation’s pineapple farmers, who are preparing for the harvest season.

The council has set up a hotline for companies to place large orders, and it took measures to stabilize pineapple prices.

Taiwan’s annual pineapple production has averaged about 420,000 tonnes over the past few years, of which nearly 50,000 tonnes were exported to China, government data showed.

“We are looking at companies to place orders to present pineapples as gifts to employees and customers. We have already received orders for 1,600 tonnes in one day, which is close to 10 percent of our target of 20,000 tonnes for the domestic market,” council officials said yesterday. “If more companies join in, we could reach the target in 12 days.”

The council said it would strive to expand the fruit’s global market and export another 30,000 tonnes to other countries, which, combined with the 20,000 tonnes targeted for the domestic market, would make up for the shortfall created by the Chinese ban.

Su has approved a NT$1 billion package to stabilize pineapple prices, Cabinet spokesman Lo Ping-cheng （羅秉成） said, adding that the premier has also instructed the council to draw up plans to promote the fruit’s consumption.

Su deems the situation a trade issue and not a political one, sources said, adding that the council would seek the WTO’s help to negotiate with Beijing.

Minister of Foreign Affairs Joseph Wu （吳釗燮） took to Twitter on Friday, urging friends around the world to stand with Taiwan and “rally behind the #FreedomPineapple.”