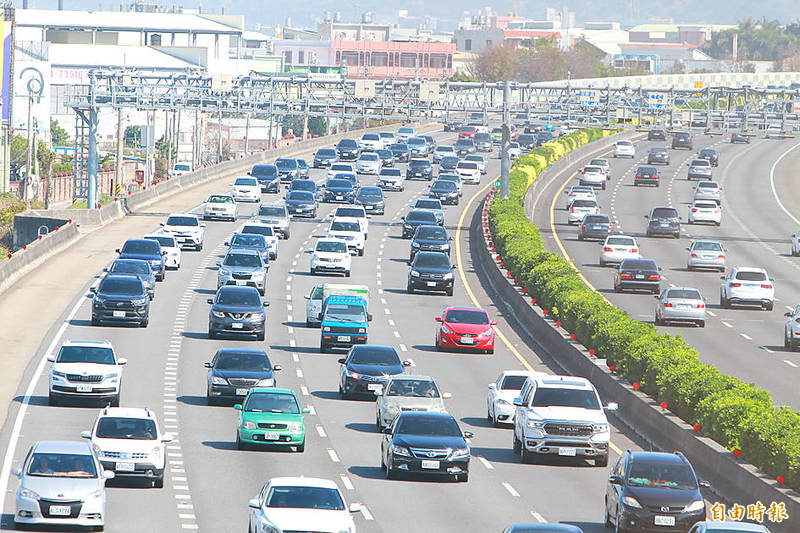 Vehicles drive along the southbound lanes of the Sun Yat-sen Freeway （Freeway No. 1） near Taichung on the second day of the Lunar New Year yesterday. Photo: Liu Hsiao-hsin, Taipei Times

The congestion was likely the result of families traveling to visit wives’ parents on the second day of the Lunar New Year in line with tradition, the bureau said.

The worst congestion was on the Sun Yat-sen Freeway （Freeway No. 1） near Changhua County, where the average speed slowed to 20kph to 40kph, the bureau said, adding that some minor collisions aggravated the congestion.

A bottleneck between the Hemei （和美） and Changhua interchanges was particularly severe and projected by the bureau to persist throughout the day.

A bottleneck occurred along the Chiang Wei-shui Memorial Freeway （Freeway No. 5） at 10am, which is earlier than previous years, and traffic was backed up for 7km at the height of the congestion.

Separately yesterday, the National Freeway Bureau said the 1986 Web site and mobile app, which aim to help travelers navigate traffic congestion, crashed due to a spike in user traffic.

It urged travelers to check road conditions via the Web site or the app before accessing freeways.