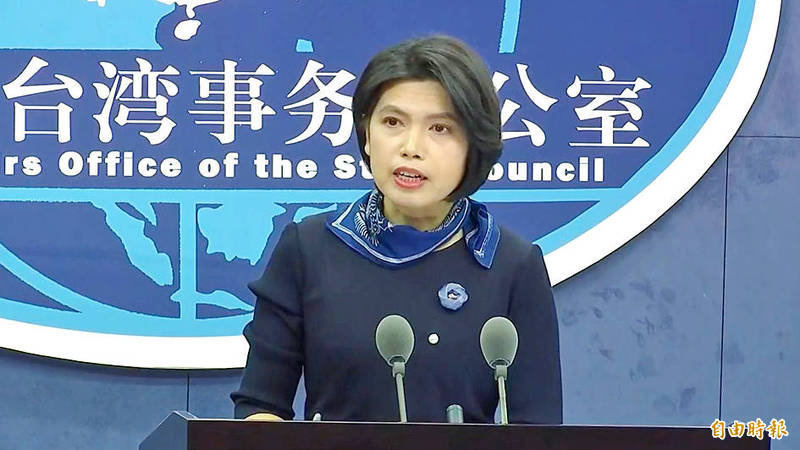 STOKING THE FLAMES: China’s TAO spokeswoman was also involved in a war of words with Minister of Health and Welfare Chen Shih-chung over Taiwan’s PCR test pricing

The Council of Agriculture （COA） yesterday said that the nation has not exported any animal products to China since 2014, after Beijing announced a ban on meat imports from Taiwan citing the prevalence of animal-borne diseases and fears about relaxed import restrictions.

China’s Taiwan Affairs Office （TAO） spokeswoman Zhu Fenglian （朱鳳蓮） yesterday in announcing the restriction said that authorities have already stepped up inspections of packages and luggage from Taiwan, confiscating some meat products such as seasoning, pork floss and jerky.

Asked if Taiwan’s easing on Jan. 1 of curbs on imports of US pork products containing ractopamine residue had raised concern about the pork making its way into China, Zhu told reporters that China has always banned imports of meat containing the leanness-enhancing additive, as well as its use in any stage of animal rearing.

As Taiwan also has highly pathogenic diseases such as bird flu, to reduce the risk of transmission, China has banned all meat products that are either produced in or have transited through Taiwan, she said.

Anyone who finds Taiwanese meat products for sale is advised to report to the authorities, Zhu said, calling on consumers to only buy meat products that have been imported through the proper channels.

“There is nothing worth discussing” about the TAO announcement, COA Deputy Minister Huang Chin-cheng （黃金城） said.

Taiwan has never exported raw pork or chicken to China, while Beijing in 2014 banned the importation of processed food from Taiwan, he said.

Furthermore, Taiwanese pig farmers do not use ractopamine and no traces have been detected in any pork imports thus far, he said.

Zhu during the news conference also criticized Minister of Health and Welfare Chen Shih-chung （陳時中）, saying that he is either misinformed or intentionally misleading people by saying that Taiwan’s polymerase chain reaction （PCR） test is more accurate than that administered by China.

When repeatedly asked by reporters on Monday last week why Taiwan’s test is 19 times more expensive than China’s, Chen gave the curt response: “Because it is accurate.”

China uses free batch testing for screening, not to determine an official diagnosis, she said, adding that individual tests are administered to whoever needs one.

Without using Chen’s name, she said that “this man” should explain to Taiwanese why their PCR test is so expensive.

Chen responded to the accusation by doubling down on his claim.

“It is something that Taiwanese are proud of,” he said. “Taiwan has done well with inspections and containment; our testing is also excellent and accurate.”

Prices are a difficult measure for comparison, as different countries have different standards, he added.

Asked whether he had any thoughts on Zhu’s method of address, Chen said: “‘This man’ has no comment.”