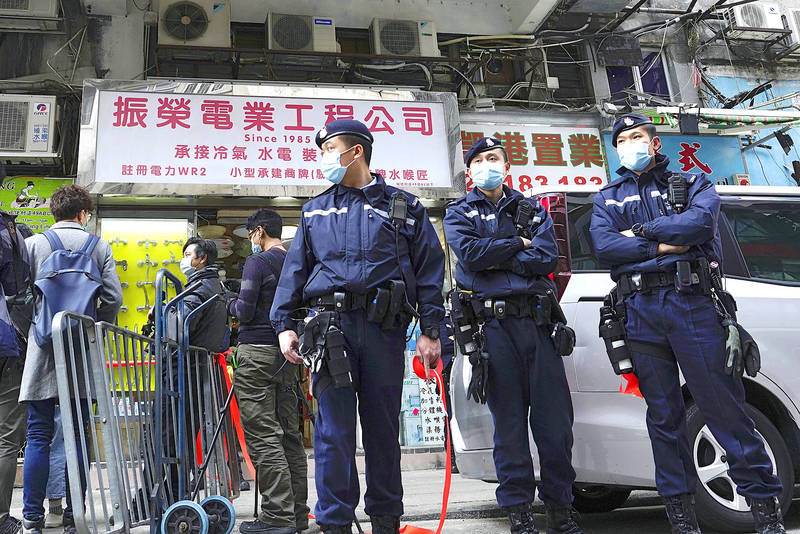 EMERGING DOUBTS: The European Parliament resolution says that it should have used EU-China investment talks as leverage to preserve Hong Kongers’ freedoms

The EU has lost credibility on human rights by sealing an investment deal with China, a resolution in the European Parliament warned on Thursday.

Lawmakers meeting via videoconferencing in Brussels overwhelmingly passed the resolution, which broadly condemned the crackdown on Hong Kong activists by the central government in China.

The resolution also called for “targeted sanctions” against Chinese and Hong Kong officials responsible for the police action.

The opinion of EU lawmakers is vital, as they need to approve the German-backed investment deal that was agreed in principle last month after years of talks.

Given the Hong Kong crackdown, doubts about the accord have quickly emerged, with ratification by lawmakers very much uncertain, though the vote is not expected until the end of the year at the earliest.

The resolution said that lawmakers “regret” that the EU-China investment talks were not seized “as a leverage tool aimed at preserving Hong Kong’s high degree of autonomy, as well as its basic rights and freedoms.”

“By rushing to reach this agreement while not taking concrete action against ongoing, grave human right violations, for example in Hong Kong, Xinjiang province and Tibet, the EU risks undermining its credibility as a global human rights actor,” it said.

China is accused of grave human rights abuses against the Uighur minority in Xinjiang.

The resolution said parliament will “carefully scrutinize” the deal and will take the human rights situation in China into account when it votes on the deal.

The EU commission, which began negotiating the deal in 2014, said it helps rectify the long-standing imbalance in the way Brussels and Beijing treat investors and the access that they allow them.

It also says that China agreed through the deal — known as the Comprehensive Agreement on Investment — to work harder toward approving International Labour Organization conventions on forced labor.