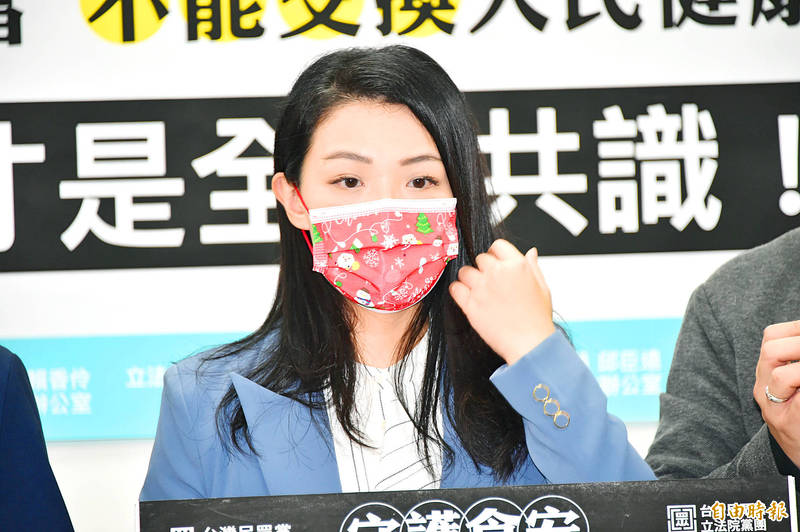 BIG BROTHER? While dozens of people under self-health management were found near Taipei’s New Year’s event, Ann Kao said rules must be set for personal data use

Kao made the remark during an interview with radio host Clara Chou （周玉蔻） in response to public concerns about the Central Epidemic Command Center’s （CECC） “electronic fence 2.0” system that was launched last week.

The system is intended to detect people who attend major public events while under self-health management orders.

The CECC on Dec. 22 announced that people under self-health management are banned from large events, and Minister of Health and Welfare Chen Shih-chung （陳時中）, who heads the center, said the system would be used to find people who contravene those rules.

After public concerns were raised about the system, the CECC on Saturday said that it is only used to detect people under home isolation, home quarantine or self-health management.

She cited the monitoring of cellphone signals picked up by base stations to track the movements of passengers from the Diamond Princess cruise ship early last year.

The CECC used that information to issue text message warnings to people whose mobile devices were detected in the areas where the passengers had been, she said.

Kao said that legislators had debated the legality of the use of such technology when reviewing the Special Act on COVID-19 Prevention, Relief and Restoration （嚴重特殊傳染性肺炎防治及紓困振興特別條例）.

Lawmakers at the time decided to include a clause in the act allowing the CECC to implement necessary response actions or measures for disease prevention and control, so that the center could use personal data in the interest of protecting public health, she said.

“However, once the pandemic is over, what the standard for using personal data is remains a question to be answered,” Kao said.

People would need to consider the government’s use of highly confidential data and whether the Personal Information Protection Act （個人資料保護法） and other regulations can protect them, she added.

Premier Su Tseng-chang （蘇貞昌） said that the “electronic fence 2.0” system is never used to check people’s personal data or messages, and that it is standard procedure as part of COVID-19 prevention measures to use the system to detect whether a few high-risk individuals have breached regulations.

Personal data collected as part of COVID-19 prevention efforts would be destroyed after 28 days, in line with regulations, Chen said.