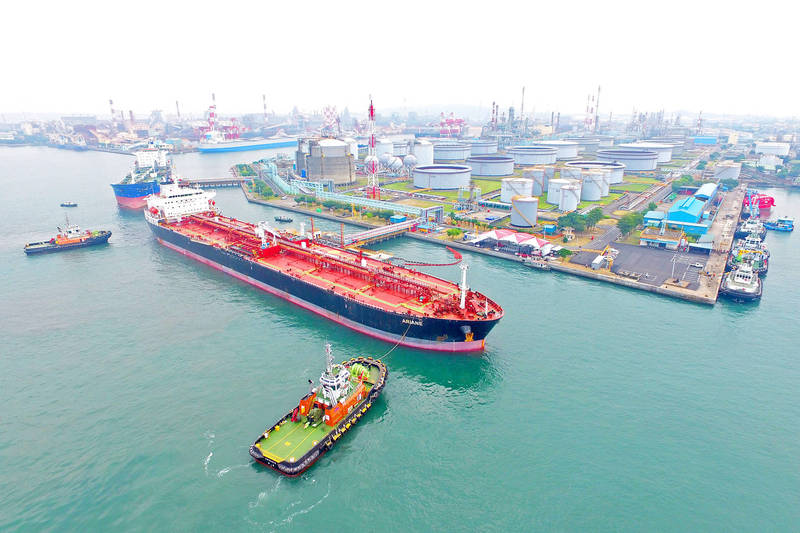 KAOHSIUNG CEREMONY: CPC Corp, Taiwan has what it takes to independently explore and develop fossil fuel resources abroad, the chairman of the state-run company said

The fanfare was to celebrate a successful end of a long and uncertain journey by the state-run company to develop its own oil fields.

CPC in 2006 secured the rights to explore the Oryx Oilfield from the government of Chad, and struck oil three years later.

“This is the culmination of 40 years of overseas prospecting for CPC,” chairman Jerry Ou （歐嘉瑞） said at an unloading ceremony at the port. “It proves that CPC has what it takes to independently prospect and develop fossil fuel resources abroad.”

“We will replicate our success here and develop more projects that will help achieve energy independence for Taiwan,” Ou said.

Since the field started production in February, 1.4 million barrels of oil have been produced, almost a million of which arrived in Kaohsiung yesterday.

However, the celebrations have been tempered by renewed doubts over China CEFC Energy Co’s （華信能源） stake in the project.

CPC sold half of its rights in the project to China CEFC Energy in 2016 for US$114 million as it sought to reduce its overseas investment risks.

CPC and CEFC China each own 35 percent of the field, and the Chadian government owns the rest.

CPC spokesman Chang Ray-chung （張瑞宗） told reporters repeatedly that CPC was “in charge” of the operations, even though the Chinese company has an equal number of shares.

“It is written into the contract that we signed with the government of Chad and CEFC China that we are the operators. We are in charge,” Chang said. “This is not in doubt.”

When asked why CPC chose CEFC China rather than a non-Chinese company, Chang said CEFC China was the only firm that would agree to CPC’s terms.

Ten other companies, Chinese and non-Chinese, were approached, but walked away after seeing the details, he said.

“We wanted a company that would take on half our prospecting costs going back 10 years prior and be responsible for half the operational costs going forward,” Chang said. “CEFC China was the only company who agreed. Their demand was owning half our stake.”

“For a project that was so expensive and uncertain, risk management is standard. If CEFC China were not a Chinese company, it would be completely non-controversial,” he said.

The profitability of the Oryx field is currently “marginal” at “current oil prices of US$40-ish a barrel,” Chang said.

“At US$100 a barrel, of course we would make a lot of money, but world oil prices are still depressed,” he said.

CPC has eight other fossil fuel sites around the world in various stages of exploration and development, Chang said.