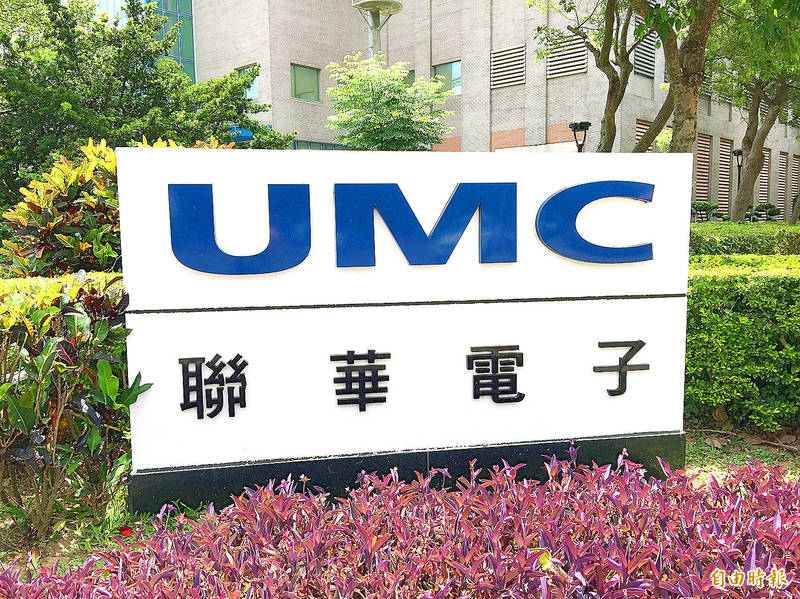 The logo of United Microelectronics Corp is pictured at the company’s headquarters in Hsinchu on June 12, 2018. Photo: Hung Yu-fang, Taipei Times

PLEA DEAL: A US attorney said that a guilty plea by the Taiwanese firm points the case toward a trial next year of alleged trade-secret theft by China’s Fujian Jinhua

UMC on Wednesday pleaded guilty in a San Francisco federal court in a deal with US prosecutors, who agreed to drop charges of economic espionage and conspiracy for the alleged theft of proprietary information from Idaho-based Micron Technology Inc.

UMC instead admitted to trade-secret theft and agreed to pay a US$60 million fine, the second-largest ever in a criminal trade secrets prosecution in the US.

The case was the first filed under the “China Initiative” of US President Donald Trump’s administration, a US Department of Justice program aimed at prioritizing trade-theft cases and litigating them as quickly as possible.

With UMC removed as a defendant, China becomes the target as tension with the West is aggravated by issues that include Beijing’s hacking and control of key technologies, its handling of the COVID-19 outbreak, tightening grip over Hong Kong and treatment of Muslim Uighurs.

“UMC’s guilty plea points this case toward trial against Fujian Jinhua in 2021,” US Attorney David Anderson said. “Criminal trade secrets cases protect freedom and innovation. These cases have global significance when a foreign defendant is charged with stealing intellectual property protected by US law.”

Prosecutors have not publicly detailed the cooperation that they are seeking from UMC against Fujian Jinhua. UMC declined to answer questions.

Investigations into three UMC employees who are allegedly involved in the case would continue, the justice department said.

According to the evidence admitted in connection with the guilty plea, the three employees — Steven Chen （陳正坤）, Ho Chien-ting （何建廷） and Wang Yung-ming （王永銘） — all worked at Micron Taiwan before joining UMC.

Chen, who had been president at Micron Taiwan and was made senior vice president at UMC, brokered a deal with Fujian Jinhua to develop DRAM technology for the Chinese firm.

He then recruited Ho and Wang, who were still working at Micron as engineers, to join UMC.

Prior to leaving their jobs, Ho and Wang stole trade secrets from Micron and took them to UMC.

Wang, in particular, made adjustments to the DRAM technology they were developing at UMC based on the confidential information from Micron, the justice department said.

After UMC’s IT department found the stolen property on Ho’s computer, Chen approved the issuance of two “off network” laptops that allowed UMC employees to access confidential Micron information without being detected by UMC’s IT department.

When Taiwanese authorities began investigating the case, Ho and Wang asked another UMC employee to hide “papers, notes, USB drives, a personal phone and a laptop computer while the local authorities executed their search warrants,” the justice department said.

The justice department in 2018 formally charged UMC and Fujian Jinhua, as well as Chen, Ho and Wang, with crimes related to conspiracy to steal, convey and possess stolen trade secrets from a US firm.

UMC yesterday said that the company was glad to have reached an agreement with the US government.

“UMC takes full responsibility for the actions of its employees and we are pleased to have reached an appropriate resolution regarding this matter,” it said in a statement.

Micron said in a statement that it would continue to seek “full restitution” from UMC in a separate, ongoing civil lawsuit.

Neal Stephens, a lawyer for Micron, told US District Judge Maxine Chesney that with the resolution of the criminal case against UMC, Micron would push forward with its civil trade-secrets case against the company, which had been put on hold.

Still unknown is how much more money UMC might ultimately pay. In addition to the US fine, Micron would seek to make UMC pay restitution for the loss and damages caused by the theft.

The firms agreed that the sum would be argued in the civil suit, because there is a “great gulf and disparity” between what the two sides believe the value to be, said Leslie Caldwell, a lawyer for UMC.

A lawsuit against UMC in Taiwan about the same matter is still ongoing.