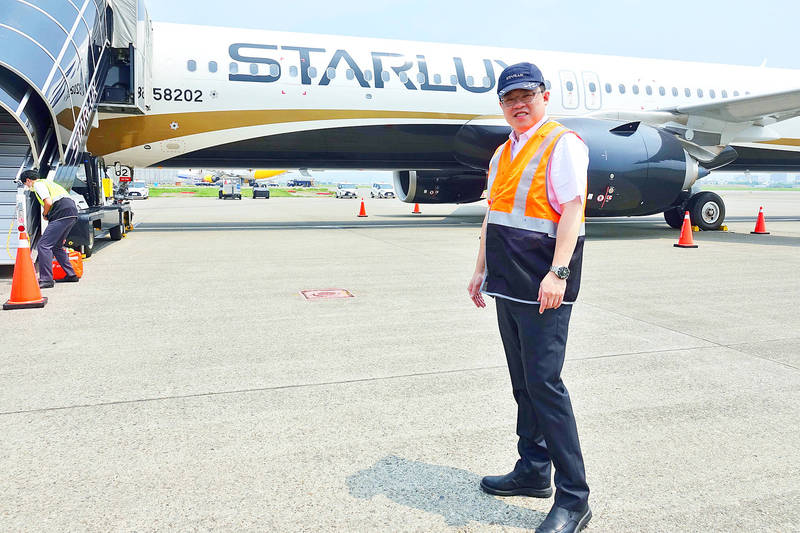 StarLux Airlines Co （星宇航空） yesterday announced that it is to begin operating flights from Taiwan to the first-tier cities of Bangkok, Osaka and Tokyo from December in a bid to boost air cargo revenue.

StarLux would maintain one daily flight from Taiwan to Macau and two weekly flights to Penang, Malaysia, it said.

The airline’s announcement caught many off guard at a time when carriers have reduced their flights due to the COVID-19 pandemic.

StarLux had said that it wanted to focus on second-tier cities in Asia to avoid head-to-head competition.

StarLux chairman Chang Kuo-wei （張國煒） last year said that the carrier would not fly to first-tier cities in Asia until receiving five A350-900 wide-body jets late next year.

He said that flying with narrow-body aircraft, the carrier would be less competitive than those that operate wide-body jets to big cities.

“It is necessary to change our business strategy amid the pandemic,” StarLux general manager Glenn Chai （翟健華） said in a statement yesterday.

The carrier must adapt to the pandemic, which has frozen international travel, Starlux spokesman Nieh Kuo-wei （聶國維） said by telephone.

“We do not think regular tourists would feel very interested due to the ongoing border controls, but on the other hand, as air cargo demand for the three new cities is strong, we could gain fresh air cargo revenue, which should be able to help us break even,” Nieh said.

Starlux plans to begin selling tickets for its new flights early next month, while it would adjust its schedule on a rolling basis, he said.

Last week, the carrier received its fourth narrow-body Airbus A321neo jet and plans to take delivery of the fifth by the end of this year, Nieh said.

It plans to take delivery of another eight A321neo airplanes next year, which means that the airline would announce new destinations at that time, he said.