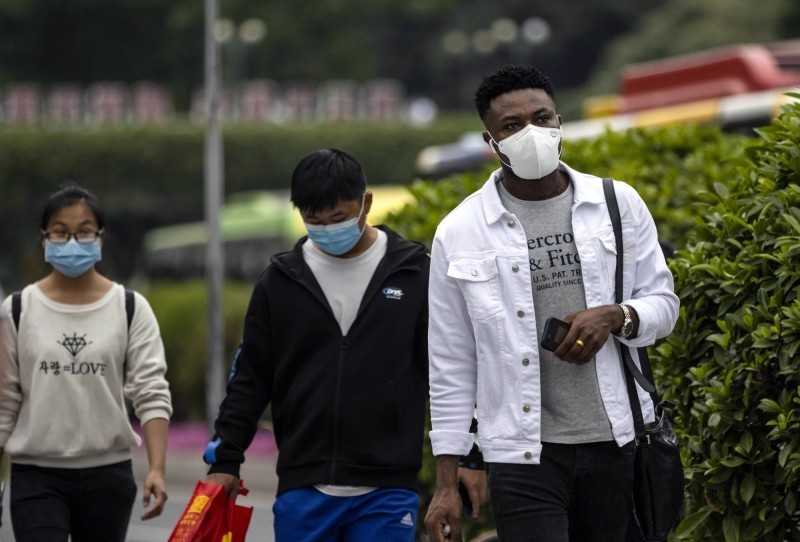 The African Group of Ambassadors in Beijing present its compliments to the Ministry of Foreign Affairs of the People’s Republic of China and International Department of the Communist Party of China and has the honour to as a follow up of a meeting with a selected African Ambassadors held on Thursday, 9th April, 2020 strongly protest the ongoing forceful testing and quarantine and maltreatment of African Nationals in China and in Guangdong Province in particular .

The Group of African Ambassadors appreciates the excellent relations between China and our respective African countries dating back in the Africa’s liberation struggle, Africa’s support to China, especially in securing the permanent seat of the United Nations Security Council. This collaborative effort also manifested in the ongoing fight against the COVID-19 pandemic and the various assistance extended to our countries by the Communist Party of China under the leadership of H.E Xi Jinxing.

It is therefore worrisome, following this excellent cooperation and mutual friendship that, the African Group of Ambassadors observes with consternations the discrimination and stigmatization of Africans whereby they are made to forcefully, and in a very crude manner to undergo epidemic investigation and Nucleic Acid Test, fourteen （14） days quarantine even if they had not travelled outside their jurisdictions, not come into contact with infected persons, not had close contact or showing any symptoms of the COVID-19.

The Group would like to underscore the fact that the Africans in China have at all times adhered to the laws of China, particularly within the period of this outbreak. We have not and cannot recall Chinese authorities reporting a case where our nationals have violated the anti-pandemic laws and regulations of the China Government. Therefore, the singling out of Africans for compulsory testing and quarantine, in our view, has no scientific or logical basis and amounts to racism towards Africans in China.

We would like to underscore that friendship between Africa and China should be mutual and not a one way affair.

Regrettably, we have received disquieting reports of inhuman treatments meted out to Africans particularly in Guangdong Province and would like to enumerate just but a few:

● African nationals ejected including Togolese, Nigerians, and Benenois from their hotels in the middle of the night only because they are Africans;

● A group of African students studying in Sun-Yat Sen University in Guangzhou were made to undergo the Nucleic Acid Test, in spite of the fact that they had no travel history within the stated period.

● Selective testing of African students while their non African colleagues are left out.

● There were cases of African men married to Chinese ladies and they were demanded to take the COVID-19 test and their Chinese families left out. In some cases the men were pulled out of their families and quarantined in hotels alone.

● Forced evictions of Africans from their various apartments and thrown into the streets even those with infant children.

● Persistent harassment and humiliation of African nationals by subjecting them to unwarranted medical examinations after testing negative for the COVID-19, and forced into quarantine, irrespective of their negative status;

● Threats of revocation of visas, arrest, detention and deportation of African legal migrants for no cogent reason which infringes on their human rights

From the foregoing the impression is being created as though the spread of the virus is caused by Africans contrary to the fact that , in China and indeed globally, Africans are the least exposed to COVID-19 OR is there any other reason for which Africans are being targeted other than COVID- 19 that we are unaware of ? .

We would also want to bring to your attention the possible backlash in our home countries of this obvious human rights violation.

The Group of African Ambassadors in Beijing immediately demands the cessation of forceful testing, quarantine and other inhuman treatments meted out to Africans in Guangdong Province in particular and the whole of China and also demands that Africans are treated the same as Chinese and other nationals in the fight against COVID-19.

The Group of African Ambassadors in Beijing avail itself of this opportunity to renew to the Ministry of Foreign Affairs of the People’s Republic of China and the International Department of the Communist Party of China the assurances of our highest consideration.

ALL AFRICAN MINISTERS OF FOREIGN AFFAIRS